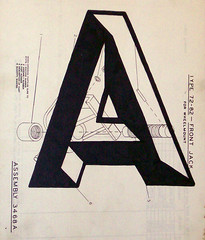 Did you know: If the name in a post appears in blue, that’s a hyperlink to the Baby Name of the Day post about that name.

There’s a kind of name that I especially love – the shape-shifter, the flexible appellation. An awful lot of them are brought to us by the letter A.

Alexandra is among the most popular. In her full form, Alexandra is feminine, regal, saintly. She’s all-girl, but not in a flimsy way. Short forms abound. There’s perky Allie and spunky Lexie, but there’s also tomboy Alex.

Parents are clearly searching for alternatives. Alexis, Alexa, Alexandria, and Alexia all rank in the US Top 1000. For something less common with Alexandra’s flexibility, how about:

Antonia, Antonella – Along with the frilly, ill-fated Antoinette, all of the feminine forms of Anthony can borrow the boyish short form Tony or Toni. The only trouble is that Toni peaked in the 1950s as a girls’ name, and might not be quite ready for a return.

Annika – She could answer to Nick, Nicki, or Nikki, or even Nico. Of course, all of those nicknames have been claimed by 1970s staple Nicole, meaning that one of your mom friends might already be wearing the name.

Aurora – A Disney princess that converts to the boyish Rory. Aurora belongs in a ballgown, while Rory feels rough and tumble. Hesitant to use Rory for a daughter? Errol Flynndid, back in the 1950s, as did 1990s television favorite The Gilmore Girls, where Rory was a nickname for Lorelai.

Astoria – This one is really growing on me, though the New York neighborhood is more gritty than pretty. Astoria can borrow Victoria’s diminutive Tori, and also leads logically to gender-neutral word name Story.

Arcadia, Acadia – Arcadia is a region of Greece derived from the word arktos – bear, and with other possible meanings attached. Acadia is based on Arcadia, the name used for a seventeenth-century colony in New France – modern-day Canada. Many of the Acadians were forced to leave in the eighteenth century, and for many families, their destination was Louisiana. Both place names share the easy short form Cady. She’s not nearly as boyish as Rory or Gus, but I think she fits here regardless.

Azalea – A bold botanical is always a possibility for a daughter, even when the bloom is as unexpected as Tulip or Zinnia. The French form Azelie has a long history of use as a given name that the English Azalea. Diminutive Zelie feels different, wearable, and right at home on the jacket of the varsity soccer captain.

Acacia – A tree name derived from an ancient given name, one that shortens effortlessly to cowgirl Casey.

Atalanta – Yes, she be forever confused with the city in Georgia. And no, unlike Antonella and Arcadia, the tomboyish short form isn’t obvious, though Al, Tal and Atley might work. But her story is so good – accomplished hunter, survives against the odds – that I thought I’d tuck her on the list and ask you what you’d nickname a daughter called Atalanta?

Andromeda – From Molly Ringwald’s heroine in Pretty in Pink to actress Andie MacDowell, Andie or Andi is an established boyish name for girls. The spacey, elaborate Andromeda is a completely unexpected way to reach the nickname, but it isn’t the only one – MacDowell was born Rosalie Anderson.

Augusta, Augustine – A girl called Gus? Maybe. Just like Alex follows logically from Alexandra, Gus seems logical if you use a feminine form of August. Then again, August has possibilities as a gender neutral appellation, too, and I once met an August who answered to the gutsy Gusty.

Would you use an elaborate first name for a daughter while planning on a boyish short form? Which names are missing from this list?