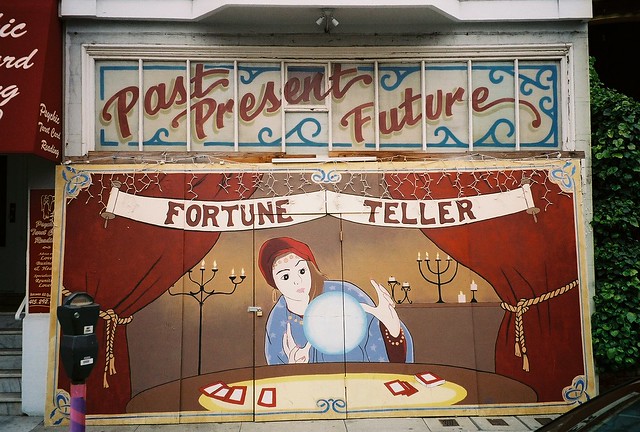 Tuesdays have become rerun day here at AppMtn. While searching for inspiration for this week’s post, I stumbled on this long-forgotten article from December 2008. So instead of updating a single name, I thought it would be fun to see whether any of these came true.

So here are my December 31, 2008 predictions for 2009. The original text is unaltered (though I did add links for names I’ve covered since then) and the analysis is in blue text below the original prediction.

PREDICTION: Boys’ names will be longer and shorter, but two-syllable tyranny is coming to an end. Yes, plenty of parents are still going to call their sons (and daughters) Aiden, Braeden, Caidhen, Haydon and Jayden. And yes, some parents will attempt to mash together two syllables to create names for their sons – think Jaylon and Cayson.

But a growing number of parents are favoring softer names for their sons, including Biblical choices and ancient names. Sebastian, Julian, Jeremiah and Oliver are already mainstream. Others are keeping it short and strong. Starbabies Knox Jolie-Pitt and Bronx Wentz are part of the trend. Choices like Cole, Gage, Cash, Beau and Cade are gaining, as well as nicknames like Jack, Jake and Max remaining popular. A few other choices are brief, but not quite so tough guy – Finn, Quinn and Kai all continue to do well.

Almost three years later: Call this one a definite maybe. In 2009, single-syllable names in the boys’ Top 100 included John, Sean, Juan, Cole, Chase, Blake, Luke, and Jack. That’s the identical list to 2008. In 2010, there was one addition: Max. And yet many of those single-syllable names have made big gains, led by Finn and Colt. Other names have been thrown into the mix, too, like Case/Kase and Flynn. Let’s call it a definite trend to watch – even if we’re still happy to name our sons Logan, Landon, and anything that ends in -aidan.

PREDICTION: French names for girls will be on the rise. Celeb trendsetters Brangelina are responsible for some of the trend. But this one was already brewing before Vivienne Marcheline’s birth. A few that could pop? Noemi/Noemie, Elodie and Esmé.

Of course, this doesn’t mean that the names in favor will be popular in Paris, or even authentically French. In fact, the biggest influence may be the rise of creative, franglais-style names. Expect to see Scarlette along with Violette and Juliette.

Almost three years later: We have an awful lot of mini mademoiselles in the U.S. of A. these days. Vivienne is leading the pack, but Genevieve and Josephine have made gains, too. Names like Elodie, Sylvie, and others are heard more often on message boards. As for Esme? She entered the US Top 1000 for the first time in 2010. Then again, there have always been French names for girls in use, so while I’m calling it accurate, it isn’t completely new.

PREDICTION: Homespun, even humble names will continue to be popular. There’s nothing flashy about Emma or Hannah. In 2009, Olive will sound fresher than Olivia, Frances more appealing than Francesca. Choices like Nora and Clara could have a good year for girls; for boys, Gus seems unstoppable. (Though with August, Angus, and plenty of other names leading to Gus as a nickname, it will be tough to see in the statistics.) Biblical boys’ names will continue to gain, following Elijah, Isaac and Isaiah up the charts. And yes, we think we’ll meet more girls called Honor, as well as plenty of little Graces, Hopes and Charitys.

There could also be an uptick in the number of boys receiving names that once seemed perpetually out of fashion. Choices like Walter, Raymond, and Calvin have all received positive feedback. It suggests that either they’re turning the corner from clunky to cool … or maybe that in 2009, clunky will be cool.

Almost three years later: This was sort of a mish-mash of a prediction, wasn’t it? Clunky and humble and homespun have long had adherents, but as their favorites made the big-time, trend-setting parents have moved on – to other clunky/humble/homespun names. I was right about Clara and Nora – they’ve made big moves over the past two. But Francesca still feels stylish, while none of the boys’ names shows signs of a definite comeback. Instead, a different category – one that Nameberry has called Names that Work – has caught on.

PREDICTION: Creative spellings will continue. Some parents will continue to favor extreme spellings like Caidhon and Peightynn. But variant spellings have taken their place in the mainstream. Which is correct: Isobel, Isabel or Isabelle? In some cases, the most popular version isn’t the most authentic. Kaitlyn ranks #44; Katelyn comes in at #75 and Caitlin‘s parents find themselves defending their “unusual” spelling.

Perhaps this is just wishful thinking, but it seems like fewer parents are tossing in random letters to come up with Brieyannah and more are seeking out lesser used appellations, like Bryony. (Which, of course, can also be spelled Briony …)

Almost three years later: Speaking of messy predictions, this is sort of like predicting that the sun will rise tomorrow. Moving on …

PREDICTION: Emily really won’t be the most popular name for girls. Based on my recalculation of the SSA rankings back in May, I reported that Emily was slipping in favor of Isabella and Sophia. Parents.com recently put Isabella at the top of their 2008 list, with Ava in second place and Emily demoted to third. They base their rankings on website traffic.

That said, Em names for girls will remain very popular. Emily might slip, but Em- names are still hot. There’s Emma, of course. And with starbabies Emme (JLo’s daughter) and Emery (Angie Harmon’s daughter) we imagine more parents will opt for an Emily variant in 2009. Among the contenders: Emerson (likely to be respelled Emersyn), the anique Emilia, the Welsh masculine Emlyn, the medieval Emmeline and Emmaline, Embeth (as in the actress Embeth Davidtz) and, of course, Emme and Emery.

Three years later: Finally! This one feels pretty solid. Er … sort of. Emily was replaced by Emma, until one year later Isabella took the crown. But all of those Em- names are popping up on the list, from the slightly different spelling (Emilie, Emmalee) to the truly intriguing (Ember).

And the final prediction?

Baby names will continue to obsess some of us. Pushing a $900 stroller might be out; kitting your kiddo in consignment store finds might be in. But choosing a thoughtful, meaningful and inventive name for a child is always au courant.

Three years later: Exactly! One of the biggest thrills is realizing that I’ve been writing for just shy of four years. There are readers on this list who have become friends, and friends who have become readers. And in the it-is-a-very-small-world category, there are two of you who I actually did know in real life – but didn’t know it until we’d been bumping into each other in cyberspace for months.