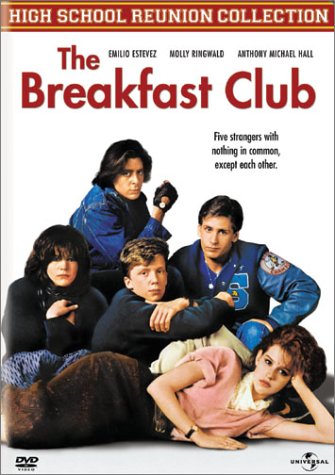 As 80s week draws to a close here at AppMtn, I thought the perfect way to end it would be with a wrap-up of girls names from 80s movies.

Some of them have surprisingly bland names.  Others have names that aren’t quite right for their moment – choices like Pam and Lisa and Suzie,when the more era-appropriate picks would have been Ashley and Jessica and Megan.

Not every girls’ name belonged to a heroine.  These are mostly teenage dramas, after all – the John Hughes movies that made stars of The Brat Pack.  Movies have to have its villains, their lost girls, the ones who make bad decisions that everybody learns from by the time the credits roll.  Others aren’t strictly for a teenaged audience, but we loved them growing up.  But many of these were worn by our heroines, by young Molly Ringwald and Ione Skye.

There are some great boys’ names, too – the outlandish Sodapop and Ponyboy in The Outsiders,

But for now, let’s focus on the girls’ names of the 1980s.  Mixed in with the not-quite-right names are plenty of choices that proved to be influential as we all grew up and named daughters of our own.

Claire – The Breakfast Club was a big deal, considered a classic.  When Molly Ringwald played rich girl Claire Standish in 1985, the name ranked #129.   She’s climbed steadily ever since, ranking #45 in 2012.

Blair – Claire’s tomboy cousin, she’s been worn by fictional rich girls on the small screen, too.  Jami Gertz played the ex-girlfriend in 1987’s Less Than Zero.  Trivia point: Gertz appeared on Facts of Life as Blair Warner’s BFF, Boots St. Clair.  Blair ranked #488 in 1987, but that probably had more to do with Facts rather than Zero.  Blair headed towards obscurity in the early part of the twenty-first century, but ranked #872 in 2012.

Kate – Remember the instructions for caring for those adorable Gremlins?  Phoebe Cates played the girlfriend in 1984’s part-horror, part-comedy flick.  It’s hard to pin down how popular Kate is as a given name, as she’s so often short for Katherine.  But Kate has held steady over the years, ranking #177 in 1984, and #194 in 2012.

Sloane – She took an unforgettable trip through Chicago with her charming boyfriend in Ferris Bueller’s Day Off.  There’s the scene at the Art Institute, another at Wrigley Field, and, of course, the parade.  Sloane could have been big in the 1980s, thanks to the sweet Mia Sara‘s portrayal of Sloane Peterson, as well as Lady Diana, the aristocratic Sloane Ranger turned princess.  Instead, she’s been in the US Top 1000 for just a few years, charting at #480 in 2012.

Ariel – Everyone thinks of 1989’s The Little Mermaid, but what about 1984’s Footloose?  Before we went under the sea to tangle with animated crabs and sea witches, we danced with big city boy Ren and minister’s daughter Ariel at a small town prom.  Ariel was already attracting attention, and she ranked #362 in 1984.  It was the mermaid that tipped her into the US Top 100 a few years later.  In 2012, Ariel charted at #181 – possibly boosted by 2011 remake.

Lainie – The two Coreys – Feldman and Haim – were big at the end of the decade, and Dream A Little Dream marked the duo’s third collaboration.  Lainie is the love interest, and I’ll admit I really like the name.  But does Lainie stand on her own, or should she be short for Laine, Elaine, Elaina, Helena, or some other name?

Lili – It’s Mia Sara’s second appearance on the list.  She played Lili from 1985’s Legend, a fantasy romp involving unicorns and Tom Cruise saving the world from darkness.  When the film debuted in 1985, Lily was an obscure choice, lingering at #716.  I doubt the movie was the sole reason we re-discovered the name, but she may have helped.  After all, Lily now ranks #16, not counting all of the variations on Lily.

Star – It’s another one worn by Jami Gertz.  She played a half-vampire in The Lost Boys.  I’m not sure if this was the character’s given name, but she answered to Star throughout the 1987 flick.  As a given name, Star’s never really caught on.  But celestial names have caught on in a big way, like Luna and Skye.

Abby – We know Lori Loughlin from Full House, Summerland, and 90210, but before she was a small screen star, Lori played Abby in The New Kids.  She and her on-screen brother faced off against a local gang at the amusement park.  The New Kids wasn’t a hit – and it can’t be called a classic – but the character name caught on.  In 1985, Abigail ranked #153.  She’s been in the US Top Ten since 2001, charting at #7 in 2012.

Emmeline – In 1980, a young Brooke Shields was shipwrecked with Christopher Atkins.  The children were called Emmeline and Richard – names appropriate for the Victorian era in which the story was set.  Emmeline has never cracked the US Top 1000, but Emma and Emily have dominated the last few decades’ of girl names.

Emmy – In 1987, Kim Catrall came to life as Mannequin.  Her character answered to Emmy, a name that we’ve heard a lot of in recent decades.  For an interesting twist, the character’s given name was Ema Hasure, and she was trapped in the mannequin by way of a curse from Ancient Egypt.

Frances – You know her as Baby throughout 1987’s Dirty Dancing, but fans all know that nobody puts Frances in a corner.  In 1987, Frances ranked #303.  She’s slipped all the way to #764 in 2012, but Amanda Peet used the name for her daughter.  And she’s a fast riser on Nameberry, too.  Oh, and remember the name of the dancer Baby replaced?  Penny.

Georgia – Uma Thurman’s first on-screen role was as the girlfriend of high school football star Johnny, in the Anthony Michael Hall flick Johnny B. Good.  The year was 1988, and Georgia ranked #646 – far from her Top 100 showing from the nineteenth century into the 1910s.  Today she’s back on the rise, up to #298 in 2012.

Janey – Before she was Carrie Bradshaw, a young Sarah Jessica Parker played good girl and great dancer Janey in 1985’s Girls Just Want to Have Fun.  She overcomes plenty of obstacles to win a spot on the fictional Dance TV, helped by her classmate Helen Hunt.  In 1985, Jane was falling out of favor, ranking #335 after years in the Top 100.  She kept on falling, but in recent years, that’s changed.  As of 2012, Jane was back to #340.

Lorna – Okay, this one isn’t coming back anytime soon.  Martha Plimpton played Lorna in Running on Empty back in 1988.  Loved the movie, loved her character, adore her name.  But Lorna hasn’t ranked in the US Top 1000 since the 1970s.

Lydia – As teenage characters go, Winona Ryder’s Lydia in Beetlejuice was pretty memorable.  When the movie debuted in 1988, Lydia ranked a chilly #223 – an antique that wasn’t quite ready for revival.  Today she’s back on top, charting at #95 in 2012.

Hannah, Cleo, Tessa, Claire, Lily – It’s such a great list, I can’t resist adding it here.  They’re the names of scouts from 1989’s Troop Beverly Hills.  The movie may not have been influential, but doesn’t this sound like a kindergarten roster from 2012?

Veronica – Remember 1988’s Heathers?  A trio of mean girls at Westerburg High all answer to Heather, a staple for the 1970s and 80s.  Winona Ryder played the only not-Heather in the dark comedy.  Ryder answered to the edgier Veronica.  Except that Veronica was also a Top 100 pick from the 1970s through the 1990s.  Today she’s at a relatively chilly #316, but still reads cool.  Another noteworthy name choice was Veronica’s former BFF, Betty Finn.

Victoria – In 1984, a young Rob Lowe played Nick, a Vegas casino worker angling to move to England to pursue Lady Victoria Wingate, a student at Oxford.  The classic Victoria ranked #28 in 2012, and has charted in the Top 100 most years since the 1950s.

Alex – Jennifer Beals’ character in 1983’s Flashdance was a maniac, maniac on the dance floor, and answered to the boyish Alex.  Her full name was Alexandra.  Alexandra was already rising quickly, but by 1984, it was a Top 100 pick – and remains there today.  Other Alex- names, from Alexis to Alexa, have also fared well in recent years.

Charlie – In 1984 Drew Barrymore started in the big screen adaptation of Stephen King’s Firestarter.  Drew’s character was called Charlie, short for Charlene.  Charlene is in style limbo nowadays, but Charlie is hot.  She can be short for Charlotte, currently ranked #19, or stand alone.

Darcy – 1989’s For Keeps is Molly Ringwald’s last time playing a teenager on screen.  Ages before Juno, Molly played high school senior Darcy, who decided to keep her baby.  Trivia: the baby was named Theodosia and called Teddy.  There’s a story there.  As for Darcy, she’s never been especially popular, and hasn’t been in the Top 1000 since 1994.

Jordan – This name was used for more than one character during the decade.  1983’s Private School starred Phoebe Cates as Christine, with a pal called Jordan.  Another Jordan was the only female smarty pants in 1985’s Real Genius.  And Elisabeth Shue was Jordan in 1988’s Cocktail.  Okay, Real Genius was set in college, and Cocktail was about the bar scene – but we were all seeing a lot of girls answer to Jordan in the 1980s.  Jordan was unranked for girls back in 1977.  By 1980, Jordan charted at #518.  She hit the Top 100 in 1989, and stayed there through 2006.

Loryn – Bonus points if you can place this one.  She’s friends with Julie of Valley Girl.  Remember?  Julie falls for the young Nicolas Cage, in a sort of Romeo and Juliet scenario?  The -y spelling would become a staple during the 1980s and beyond.

Madison – It’s a name that made a splash.

Who were your favorite characters from 80s flicks?  Would you consider any of their names for your own children?