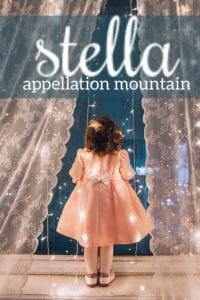 Stella stepped off a New Orleans streetcar and sauntered into the US Top 100.

I’ve assumed – pretty much forever – that Stella comes from the Latin word for star.

And it turns out that’s maybe, possibly, kind-of, sort-of true.

Our story begins with a martyr and a misprint, weaves its way through literature, and eventually leads to the name that Marlon Brando screams in an iconic Hollywood moment.

You might stumble on someone with the surname Stella. A Roman senator, circa the year 100, answered to Lucius Arruntius Stella.

It’s sometimes heard as an Italian surname, possibly derived from a nickname, a given name, or maybe because someone lived in a house marked by a star symbol. There are a handful of places by the name, too, which could inspire a surname.

Way back in the third century, it’s said that Estelle was born to a powerful pagan family. She converted to Christianity, and was condemned to death by her father.

Except the earliest references to Saint Estelle appear in the Middle Ages, so it’s tough to pin down the details of her story.

Even her name is subject to debate. The original form, Eustella or Eustalia, points to a different origin, the Greek eustales – well-groomed.

Catholics have referred to Jesus’s mother as Stella Maris since at least the Middle Ages – but it might be a typo. In the fourth century, St. Jerome called her stilla maris – a drop in the sea.

In any case, the image and title stuck. By the eighth century, the hymn “Ave maris stella” was catching on. It translates to “Hail, star of the sea.” You’ll find seaside parishes, schools, and at least one monastery referred to by the name all over the world.

It took literature to transform this into a given name.

Estella ranked just outside the US Top 100 in the late nineteenth century, suggesting that the novel proved influential.

Stella, in its current form, was well-established by the time the US started recording name data. From 1880 into the 1920s, the name appeared in the US Top 100.

It wasn’t just a personal name, either.

From 1879 to 1880, the US minted a $4 coin called the Stella, with a woman’s profile on one side and a large star on the other. They never circulated.

During the 1926 Christmas season, a Belgian brewer named their winter beer Stella Artois, inspired by the seasonal star. The Artois Brewery has long since been owned by a larger corporation, but the beer remains widely popular, year-round.

Similarly, the Stella D’oro – gold star – Biscuit Company was founded by an Italian baker in the Bronx in 1932. Like the beer, the cookies have kept this word-name in front of our eyes for generations.

Just as the name started to fade, leaving the US Top 100 in 1924, it became a favorite for fictional characters.

Perhaps the best known is Tennessee Williams’ 1947 A Streetcar Named Desire and the film that followed. Marlon Brando bellowing “Stella!” is a cinematic classic.

But it didn’t last.

At the same time the Griffith-Banderas family chose the name, Gabriella, Isabella, and just plain Ella were leaping up the popularity charts.

Today they’re joined by Briella, Ariella, and Bella, too – and just plain Ella is the most popular of them all.

That’s about the time Stella McCartney, daughter of legendary musician Paul, launched her career as a fashion designer, lending some high style glam to the name.

By the time reality star Tori Spelling welcomed her daughter in 2008, the name had returned to the Top 200.

Despite that high ranking, I think Stella still feels cool. Maybe it’s all the pop culture references, or possibly it’s the meaning that shines through. It’s nickname-proof and literary, a name with history and vintage style, but fresh and just different enough for parents today.

What do you think of Stella? Do you know any girls with this name?

Originally published on February 9, 2010, this post was updated and revised substantially on March 4, 2020. 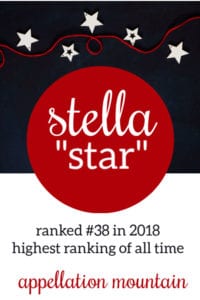