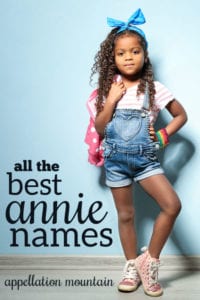 This delightfully Dutch Annie name sounds more like Anna-Mika, emphasis on the ME in the third syllable. It looks bold and modern, but it’s actually yet another take on Anne plus Mary. Mieke is a Dutch diminutive for Maria. Completely unexpected and so appealing. (Thanks to Kendall for suggesting this addition!) 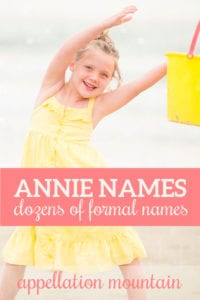 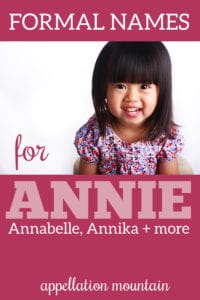