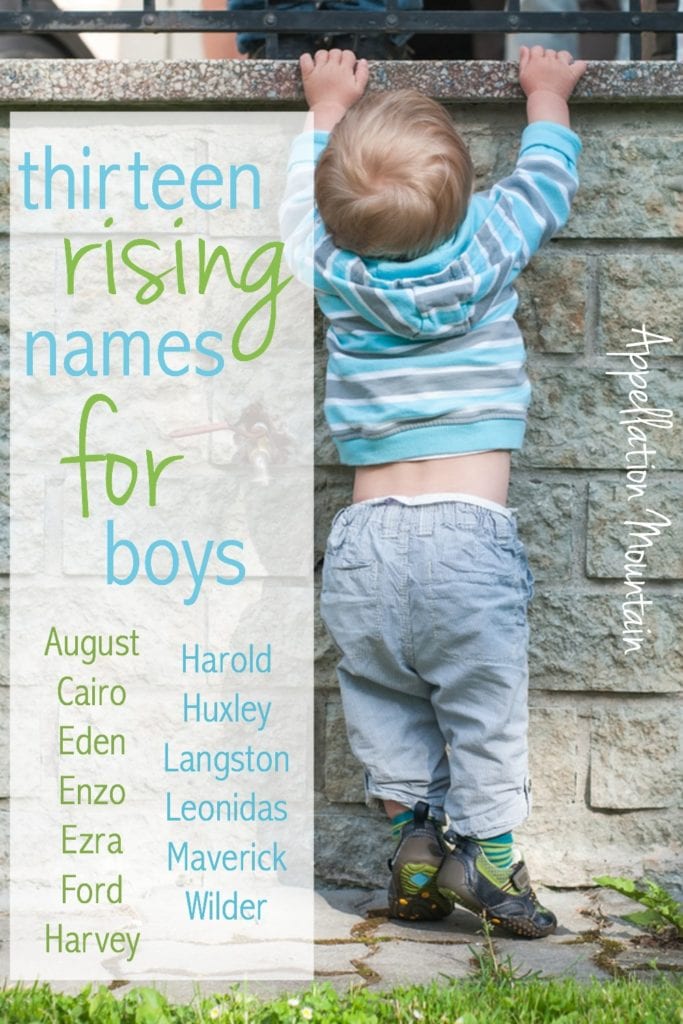 The 13 best rising boy names 2016 range from the ancient to the modern, the unisex to the very masculine, the completely unexpected to the what-took-you-so-long?

They’re names that we’ll probably hear more of – possibly much more of – in the coming years. I like to think that if I’d written this list in 1988, it would have included future favorites like Mason and Jasper. Some have been big in years gone by. Others are completely novel.

As with the girls’ list, I started out with ten, finally capped the list at 13 – but ultimately added a 14th name anyway.

My rules for inclusion on this list were simple: the name has to rank in the current US Top 1000 as just released by the US Social Security Administration, and it had to rise in rank in 2015. Other than that, it’s a mix of names that strike me as trend-setting, combined with some of my personal favorites.

August – August is a shape-shifter. It’s ancient (think of Roman emperors), virtuous (think of august, as in noble), and grand (which makes it a go-to name in our age of Saint and Royal). It’s also literary (think August Wilson) and a nature name that brings to mind the very peak of summer. Plus, it works as a nickname-free name, but also comes with built-in nickname Gus. No wonder August was up more than 40 spots on the new list to become a Top 200 name, with Augustus and Augustine making big gains, too. 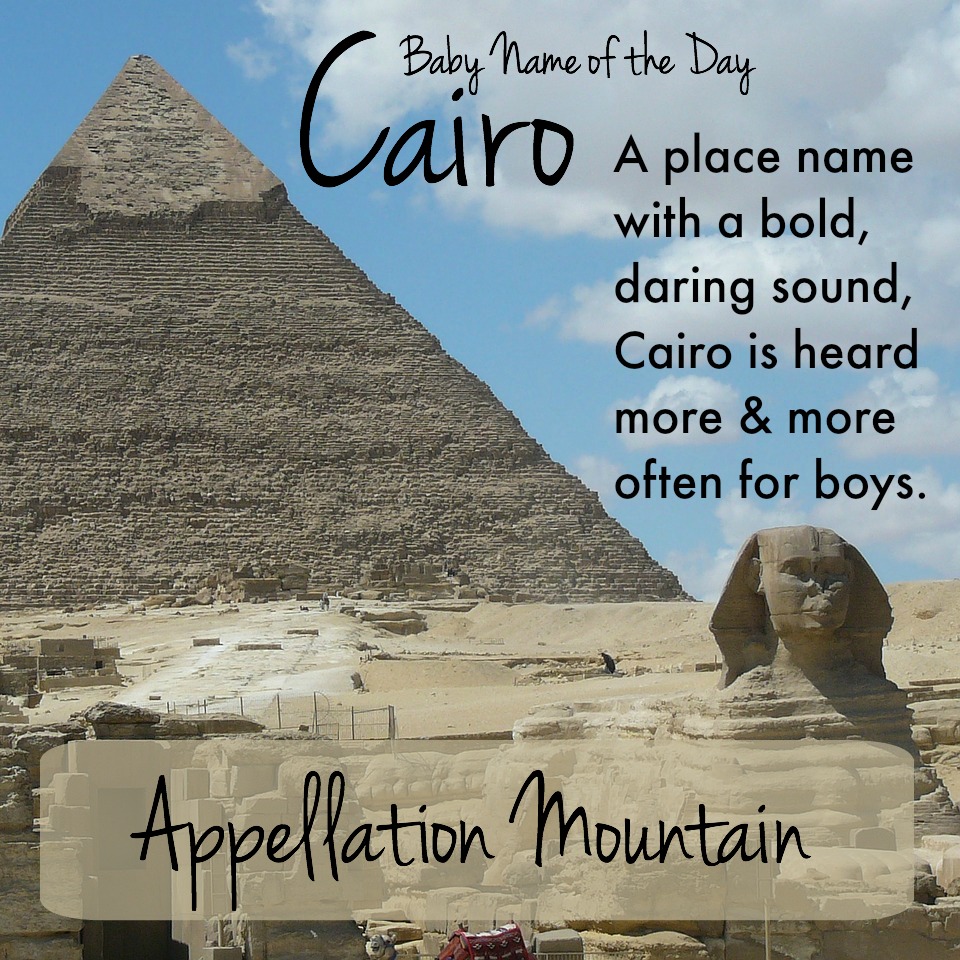 Cairo – Place names have gone from fringe choices to mainstream favorites. I’m looking at you, Brooklyn, London, Savannah, and Camden. But so far, the most popular picks tend to be from the US or Europe. That’s why it is especially exciting to see Cairo – as in Egypt – debut on the Top 1000 this year. It’s a great blend of international place name, the Kai sound, and o-ending boy names.

Eden – Conventional wisdom holds that names are abandoned for boys when they become popular for girls. And yet, Eden continued to climb the boys’ list this year, despite being a Top 200 staple for girls since 2010. The Biblical garden name feels like a unisex choice, a successor for names like Ethan and Aiden. But it makes my list of rising boy names 2016 because it demonstrates that parents are increasingly willing to choose names for their sons without fear that they might be used for somebody else’s daughter.

Enzo – American parents have embraced Luca, Mateo/Matteo, and plenty of other names borrowed from Italian and Spanish. Could Enzo be the newest import? It succeeds for so many reasons – that middle ‘z’, the ‘o’ ending. Jersey Shore alum Nicole “Snooki” Polizzi LaValle named her son Lorenzo “Enzo” Dominic in 2012. Enzo was up nearly 40 places last year. Not bad for a name that first cracked the US list in 2003. Lorenzo was up, too, but that Medici moniker has a long history of use in the US.

Ezra – Ezra is literary and cool, a name with an unexpected sound that’s still nicely compact. Since boy names ending in a have gone mainstream, Ezra could be poised to join other favorites like Elijah and Noah near the very top of the list – and certainly belongs with these rising boy names 2016. Ezra entered the US Top 100 for the first time ever this year. 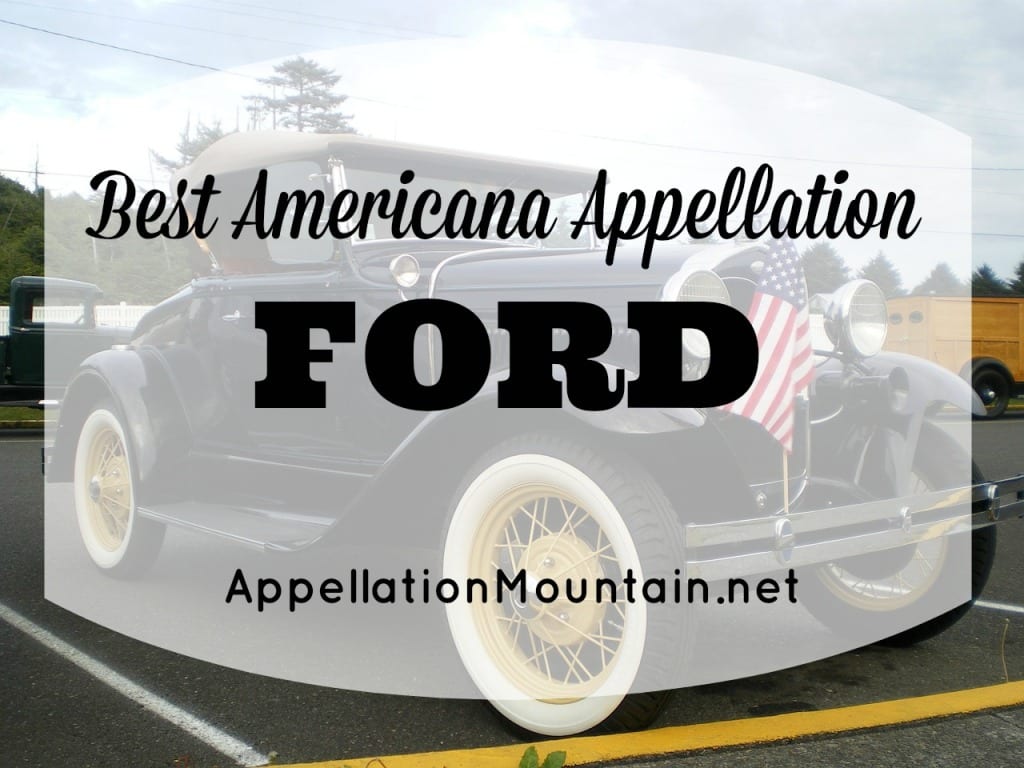 places on the new list. There’s something solid and all-boy about Ford, and it also has an Americana vibe, thanks to the iconic automaker. Only trouble? Henry Ford may have given us the Model T and the Mustang, but he was also known for his anti-Semitic views. Still, I think this name is associated less with Henry himself and more with the automaker. And, of course, Ford is a verb meaning to cross, as in fording a river – and it’s a surname for a great many others, as well as the name Owen Wilson used for his older son.

Harold and Arthur – Forty years ago, names like Henry and Samuel were fading, kept in use by family tradition more than fashion. Today they’re stylish and popular, the kind of classic names we’re delighted to pass down to our sons. Today, Harold and Arthur are grandpa names no more, the next wave of traditional names trending up. Arthur has already arrived, entering the US Top 300 on the new list, while Harold is just beginning to show signs of a thaw, climbing 20 places this year. Both are former Top Twenty names, though, so they could easily keep on climbing.

Harvey – Harvey owes its revival to our affection for handsome Henry, that sharp middle ‘v’ sound, and Suits‘ Harvey Specter. The name was up over 50 places on this year’s list. It is currently at #439 – not bad for a name that was headed towards obscurity just a decade ago. It’s one of the least expected rising boy names 2016, but now that it’s on the move, could Harvey catch up to Henry?

Huxley – Huxley is a storied surname, thanks to the family that gave us scientist Thomas and author Aldous. But it’s rarely been used as a given name, at least not until the last few years. Huxley entered the US Top 1000 in 2015, and could join other names brought to us by the letter x, like Axel, Felix, and Hendrix. If you love Avery and Riley, but want something less unisex, Huxley could be the name you’re after. It’s definitely among the best rising boy names 2016.

Langston – This surname name fits right in with Landon and Lincoln, but feels unexpected and new, too. Langston climbed more than 50 places this year to rank #691 on the new list. Harlem Renaissance poet Langston Hughes makes this name impeccably literary, but because it fits the two-syllable, ends-in-n pattern for boys’ names, it doesn’t seem too different, either.

Leonidas – Leo names are huge, with six for boys in the current US Top 1000. Leonidas climbed nearly 50 places to #519 on the new list. It’s not just the Leo link that works for this name, though. Leonidas fits in with ancient names that we’ve embraced, and got a big boost from 2006’s 300, Frank Miller’s take on the Battle of Thermopylae. Gerard Butler played the heroic king in the big screen battle flick.

Maverick – Yes, Maverick. For years, I thought this name was too much to live up to, a name so bold that it would be burdensome. Except. I really didn’t talk anyone out of using Maverick, and in 2015, it rose to #184. That’s downright mainstream, and means that Maverick is likely to be no more trouble than other word names like Grace or Faith. With a Top Gun sequel in the works, who knows how high Maverick will fly? Not only has Maverick made the rising boy names 2016 list, I wouldn’t be surprised to see it on the 2017 list, too. 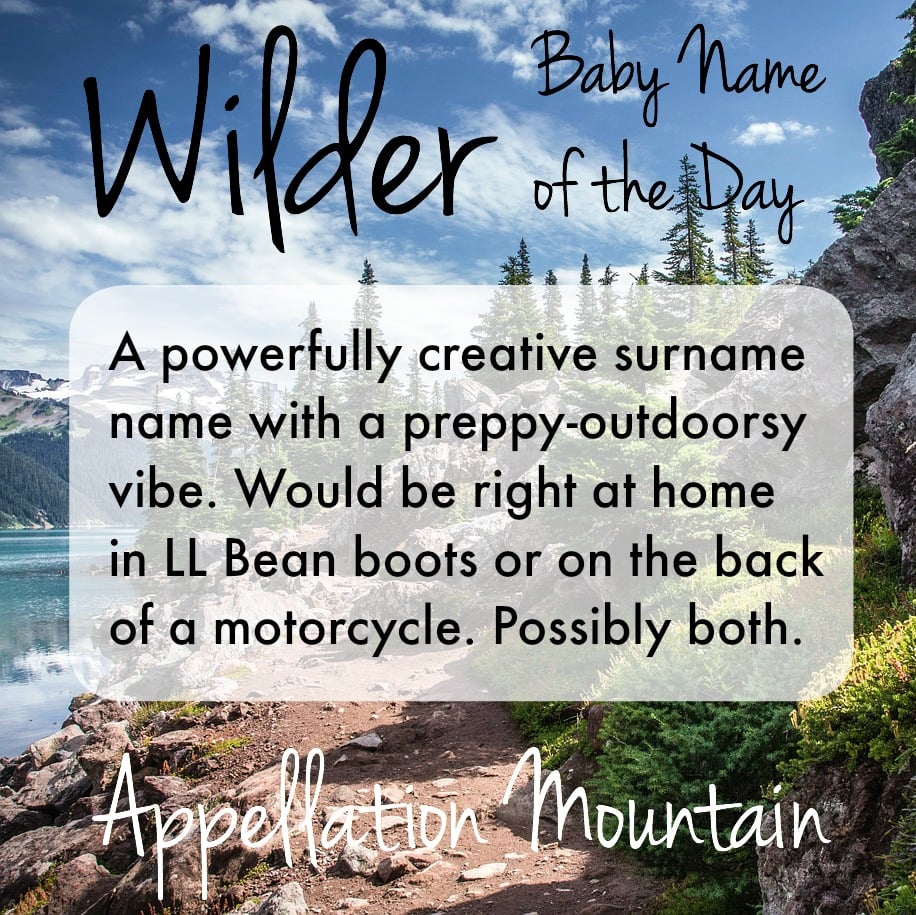 Wilder – Should I stop talking about preppy hellraiser names? I do think they’re a great solution for parents who want something masculine, but not as fierce as Slade. Wilder was one I was watching closely, and entered the US Top 1000 for the first time this year. A little bit outdoorsy, a little bit buttoned-down, a little bit, well, wild. What’s not to love?

Which of my best rising boy names 2016 is your favorite? Are there others that would make your list of favorites?