When we started offering baby name consults back in October, I had a flicker of hesitation. What would happen during a week when no one wanted help?

It’s been months now, and happily we’ve had no shortage of requests. But suddenly, during this cold and snowy February, there’s a gap.

So let’s do three things. First, if you’re expecting and would like the AppMtn community to take a crack at your naming dilemma, please submit your question here. (Though don’t worry – just as I was about to publish this post, we did get a flurry of inquiries!)

Second, let’s congratulate the latest families who have welcomed their lovely new additions, named with our help! Welcome to the world:

And third – and the most fun for me – is let’s answer some of the many name questions that come in through the search terms at Appellation Mountain every month.

Read on to hear what’s on others’ minds … 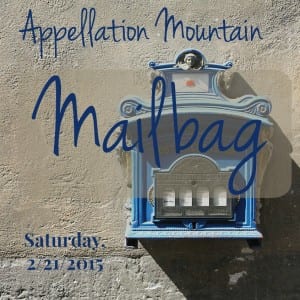 Pax is the Latin word peace. At one point in ancient Rome, Pax was considered the goddess of peace.

So let’s add that Pax would now likely be considered a boys’ name and perhaps a trendy one, thanks to the x-ending, shared with Alex and Felix and Max, as well as that Jolie-Pitt kid, Pax, brother to Maddox and Knox.

We don’t know yet, at least for the US.

While lots of unofficial data is released around December/January, the real McCoy is the Social Security Administration’s dataset. That doesn’t come out until mid-May. When it does, we’ll have the new Top 1000 for the United States, plus data on every name given to five or more children that year.

What we do know is:

8. How do you pronounce the name Eiluned?

Good question! And one I cannot conclusively answer.

Make no mistake, Eiluned is a real name. There was a Saint Eluned, and there are reasons galore to love the name. According to Welsh rules, it should be ell EE ned, though apparently the ‘ee’ is often softened so it sounds like eh LIN ed. There’s no ‘oo’ sound anywhere, despite the letter u.

That said, I tend to think that if a name is truly obscure, you have some freedom to innovate. There have never been as many as five girls given the name in a single year in the US, meaning that, unless you move to Wales, you can safely choose the pronunciation you prefer.

And be prepared to repeat it. A lot.

7. What are some nicknames for the name Esther?

Estée is a possibility, as in cosmetics entrepreneur Estée Lauder.

But that doesn’t sound like a sweet form for a little girl, does it? The ending of the name might provide some options: Tera, maybe, or Teri? Or Star?

I’d go with Essie, which feels like a sister to Ellie and Sadie. But one of the virtues of Esther is that it can easily be considered a nickname-proof name.

6. Are there any girl names that mean wish?

Interestingly, wish isn’t a very common meaning to find in a child’s name, at least not in the Western world.

There are a handful of possibilities, including Ava and Miriam – read the full list here.

5. What’s the feminine form of Emmanuel?

It depends on the language:

I think Emmanuelle would be perceived as the most stylish, especially with French names like Madeleine and Genevieve in favor.

But if you’re not looking for a precise feminine form, but merely a similar name, my answer is different. Suppose you’re trying to honor your grandfather Emmanuel with your daughter’s name. Nearly any Emm- name might work. Think of Emma or Emmeline or Emily.

4. Is the correct Italian spelling Carina or Karina?

Only a handful of foreign words and names are spelled with a K in Italian, so the answer is easy: it’s always going to be a C.  The Italian form of Katherine is Catarina, Christine is Cristina, Charles is Carlo.

In other languages, like Polish, it would be the exact opposite – K is the standard.

There are lots of ways to answer this one:

I’d say that Severine, Ember, Briar, Vida, and Twyla stand out as Vesper-like to me, but it really depends on which of Vesper’s qualities you’re trying to match.

This is truly a personal preference.

While there’s a tendency to insist on “correct” spellings, pinning down one textbook spelling is an exercise in frustration. And it tends to come across as slightly snobbish, too. We can talk about dominant spellings, but correct spellings are in the eye of the beholder.

But that’s not the question here, so let’s look at which spelling is most common:

What I can tell you is that Faye is the dominant spelling, both in terms of historical use and today’s preferences. So if you don’t have a clear favorite, Faye might be the logical spelling to choose. But all three have histories of use, and are valid variants.

1. What do you think of Grey or Gray as a baby name?

I love Grey and Gray, and have shortlisted both for a boy’s name.

But that’s not really what you’re asking, is it?

In 2013, Grey cracked the US Top 1000 for the first time. This lines up with the debut of Fifty Shades of Grey on world-wide bestseller lists a year or so earlier. Even if you haven’t read the novel, it’s hard not to know about the book and the movie.

And so the question on everyone’s mind is this: were parents really naming their children after Christian Grey?

I’m going to say no. I think it goes more like this: Greyson has been surging up the US popularity charts. The name reached #149 in 2013. Grayson started climbing way back in the 1980s, and has been in the US Top 100 for three years.

Parents are in love with that bright ‘ay’ sound (Mason, Jayden) and color names (Scarlett, Ruby). We’re also increasingly interested in short, single-syllable names. And looking for something just a little different? Well that’s the story of naming children in the twenty-first century.

So dropping the ‘son’ from Grayson or Greyson was inevitable.

Do I think that all the press about Fifty Shades influenced the spelling? Yes. Our eyeballs are used to seeing Grey with an ‘e’ now. And maybe all that hullabaloo hastened the rise? Possibly. Anything that grabs headlines, for good or for ill, has the potential to influence names.

But do I really believe that parents were naming their kiddos after the racy novel? No. Not really.

Will others think that your Grey was named after the tale? That’s a different story. If you use Grayson/Greyson, you’re surely in the clear. But only you can decide how you feel about your son sharing his name with the surname of an infamous fictional character.

Schwoo! That’s all for this installment. Hope you enjoyed it! Name Help is back next Saturday. Got a question for a future installment of the Mailbag? Please leave it in the comments!