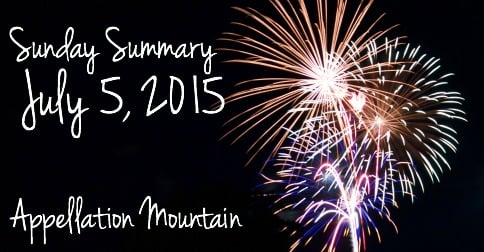 For those of you in the US, I hope you’re enjoying a lovely Fourth of July holiday weekend. We had a great weekend with family in New Jersey. Nothing fancy – our kids got to go swimming and fishing at a local lake and hang out with their cousins and eat extra desserts. We’re about to pack up and head home on one of the most traffic-filled stretches of the East Coast. Fingers crossed we leave early enough to miss the worst of it!

Of course, no weekend is complete without a round-up of all things onomastic: