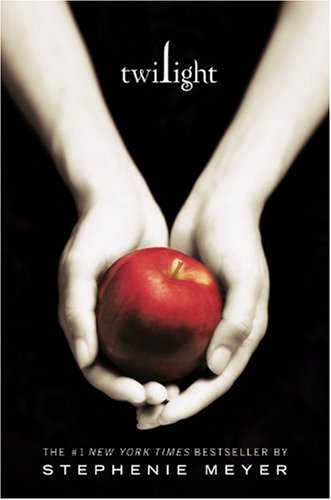 Into every generation a vampire romance is born. That’s usually not big news in baby naming circles.

But the current hot series about the undead – Stephenie Meyer’s Twilight – could influence baby names for the next generation.

The 1960s gave us gothic soap opera Dark Shadows. Anne Rice’s 1976 novel Interview with the Vampire hit the big screen in 1994. Forever Knight came along in the early 1990s. Buffy slayed ’em on the big screen in 1992, and on television from 1997 to 2003. Twilight was first published in 2005, with the movie adaptation following in 2008, just a few months after the fourth and final installment in the series was published.

Many of the names found in the vampire tales wouldn’t translate well into modern day culture. Calling your son Lestat or Spike seems over-the-top at best. Other names are fairly ordinary. Forever Knight’s vampire-cop was called Nick. Dark Shadows featured a (human) heroine named Julia – though the actress who played her used the ahead-of-her-time stage name Grayson.

Buffy did launch a few names, including Willow and Xander. But that’s nuthin’ compared to the potential influence of Stephenie Meyer’s series. The names she’s chosen for her characters are an intriguing assortment of the everyday and the unusual.

Edward – the immortal vampire and boy-next-door boyfriend to Bella. He’s one of a family of vamps who choose to be good despite their instincts. Edward ranked #129 in 2004; he’s fallen to #157 since then, but could very well rise, just like Charles, Henry and other classics-worn-by-kings.

Carlisle – Edward’s father, at least in vampiric terms. He works as a doctor to make amends for his past. Carlisle hasn’t charted in the US Top 1000 since the nineteenth century, but he has potential – as does nearly any surname-sounding pick these days.

Jasper – Another member of the Cullen clan. He’s quite fashionable, gaining steadily over the last few years to chart at #452 in 2008, and #264 in 2012.  But Jasper owes less to the novels and more to the revival of nineteenth century favorites and his ends-with-r sound.

Emmett – The last of the Cullen boys. And just like brother Jasper, his popularity is more closely linked to the nineteenth century revival than things that go bump in the night. As of 2008, Emmett ranked #547.  It had bounded up to #186 in 2012.

Charlie – Bella’s dad, the local police chief in small-town Forks, where much of the series takes place. Presumably Charlie is short for Charles, but I don’t think it ever comes up. It’s quite the current choice, though he’s failed to return to his prior place in the Top Ten. As of 2012, Charles came in at #62, while nickname Charlie ranked a respectable #233.

Laurent, James – A pair of bad vampires who menace our heroes before getting their comeuppance.

Jacob – Bella’s best friend, who eventually fulfills his ancestral promise and transforms into a werewolf. Jacob has also been the undisputed #1 pick for boys since 1999, and that’s without counting Jakob, Jake and Jacoby.

Sam – Leader of the local wolf pack. Samuel ranked #25 in 2012, while nickname Sam came in at #518. This name is actually falling in use, but it is possible that the noble werewolf could inspire a few parents.

Paul, Embry, Quil, Jared, Collin, Brady – Other wolves. As a set, their names range from the evergreen Paul to the popular Brady to the unusual Quil. But none of them are major characters, so it is tough to say if Twilight alone will push them into the spotlight. The currently unranked Embry feels like a contender.

Seth – A junior werewolf who befriends the Cullens early. Seth is actually falling in use, coming in at #209 in 2012. But since Seth fails to appear until the later novels – and thus hasn’t yet appeared on the big screen – it is possible that he’ll get a boost later on.

Ephraim – Jacob’s ancestor, the last of the werewolves from the prior generation. He’s frequently referenced but not seen.

Aro, Marcus, Caius – A trio of bad-news vamps known as the Volturi. They act as royalty – and a sort of judge, jury and executioner for their kind. Aro seems too far out for most parents to consider. Caius might be wearable. And Marcus is well-established, ranking #149 in 2012. (Demarcus and Jamarcus chart, too, but I’ve yet to meet a vampire answering to either variant.)

Felix, Demetri, Alec – Henchmen of the Volturi. Felix has transitioned from “cat” and “neat freak” to become quite the stylish appellation and, at #316, still not terribly overused in the US. Demetri and Alec are also promising picks, unranked and charting at #448, respectively.

Tyler, Mike, Eric – Classmates of Bella and Edward. They feature prominently in Twilight, but fade into the background during later novels.

Bella – the heroine of the series. She’s actually Isabella Marie, but we only hear her called that when her father is worried that she’s stayed out too late with her fanged fiancee. At #122 in 2008, Bella is deceptive – she doesn’t seem nearly as popular as she is. Besides a nickname for the chart-topper Isabella, girls called Annabel, Arabella and sometimes even Gabrielle answer to this appealing diminutive.

Renee – Bella’s mom. She spends most of the series in sunny, non-vamp-accommodating locales like Arizona and Florida. While she’s still charting at #897, Renee is mostly used as a middle name these days.

Alice – Hard to imagine, but here’s one more reason to embrace this lovely name. (As if Tina Fey and Lewis Carroll weren’t incentive enough!) She’s Edward’s sister. Not only is Alice an immortal vampire, she’s a psychic, too. Wonder if she knows how high her name will climb? As of 2012, she ranked #127.

Esme – Her name was already trending fashionable when Meyer chose it for Edward’s kind-hearted vampire mom, but could supernova in the coming years. While she’s not a central character, she appears consistently – and parents can always claim they were really thinking of the JD Salinger short story. She ranked #977 in 2012.

Rosalie – Another Cullen vampire, just a smidge older than Alice and Edward. In life, she was already drop-dead gorgeous. She’s Bella’s ally in the fourth and final novel, Breaking Dawn.

Emily – She’s the true love of Sam the werewolf – and, of course, the recently unseated #1 name for girls born in the US.

Victoria – A red-headed vampire, she hunts Bella for part of the series. While you probably won’t name your daughter after this baddie, the name remains a popular classic, ranking #28 in 2012.

Jane, Heidi – Female members of the Volturi inner circle. At #340, Jane is the new Kate. Miss Klum may be Runway Royalty, but Heidi remains in fashion limbo – hovering near the 300s, neither gaining nor falling.

Gianna – An ordinary human being – save that she works as a sort of receptionist for the Volturi, at least until she ends up on the menu. Gianna was already on the rise when the books were published. She now stands at #73, steadily inching up in recent years.

Leah – Another one of the La Push werewolves, the only female in memory. She becomes another unlikely ally of Bella’s in Book Four. Just like Gianna, Leah was popular pre-series. In 2012, she ranked #33.

Renesmee – It would take a superfan to bestow this one on a daughter. It’s a mash-up of Renee and Esme, chosen by Bella as the name for her baby girl. The pronunciation is ruh NEZ may – a bit much, though the nickname Nessie is sweet. It goes without saying that Renesmee has never charted in the US Top 1000.

Carlie – Renesmee’s middle name, this time honoring grandfathers Charlie and Carlisle. Carlie came in at #894 last year, while variant Carly was #285. And yup, Carlee ranks, too (#760), as do Karli, Karly, Karlee, Karley and Karlie, though most of them are slipping in recent years.  Again, this trend was in place well before Bella met Edward.

Siobhan, Carmen, Kate, Irina, Maggie, Makenna, Tia, Kebi, Charlotte, Mary, Zafrina, Senna, Kachiri – More vampires, ranging from the exotic Zafrina to the current Kate. They’re minor characters, but a few – Zafrina especially – might find themselves in use thanks to the novels.

Lastly there’s the author herself – Stephenie. During Stephanie’s heyday in the 1970s and 80s, this alt spelling appeared occasionally. Maybe that’s because of all those fathers out there named Stephen – just like the Ms. Meyer’s dad. If I were to wager, I’d say that Stephenie won’t make a comeback any time soon.

That’s okay, though – she’s more than put her stamp on the next generation.