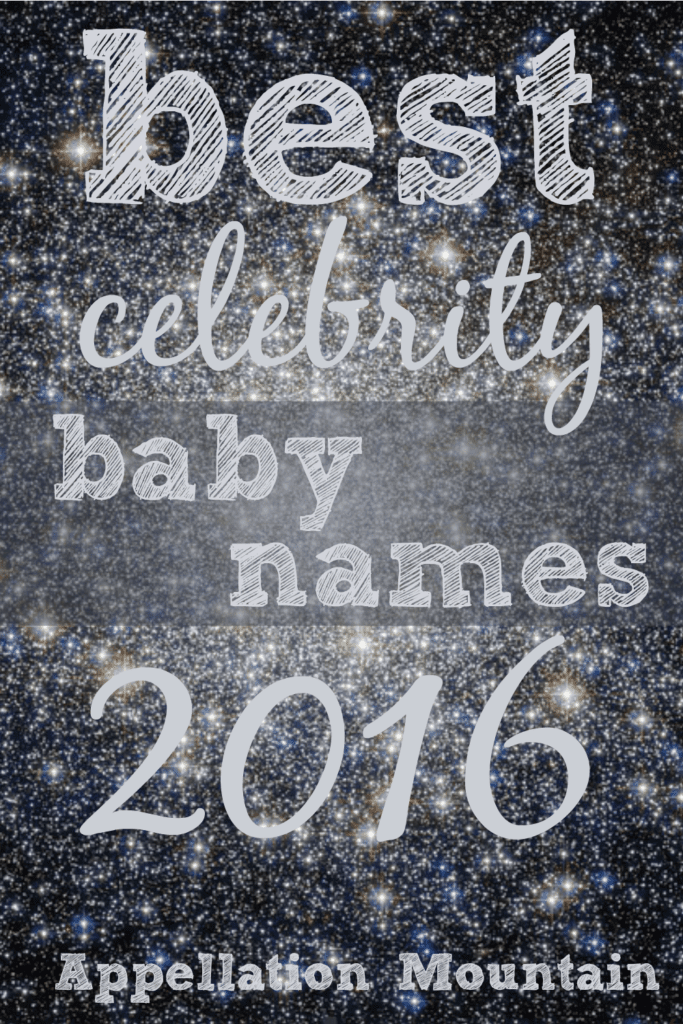 In some ways, the year felt quiet. Yes, there was a Kardashian birth, but Rob and Blac Chyna don’t command the spotlight in quite the same way. A few major birth announcements came without names – Blake Lively and Ryan Reynolds appear unlikely to share any information. Janet Jackson’s birth announcement could be epic, but that announcement is still in the future.

And yet, 2016 was packed with good names. Rock solid choices that demonstrated how parents name children in the 21st century. At first glance, I wondered if we lacked those outrageous names, the sure to make the worst-of list picks. Or maybe we’ve changed. Because while none of the names that I reviewed seemed truly outlandish, they might have if you’d asked me in 2006.

Time for the best celebrity baby names 2016! Here are my picks, and I’d love to hear yours, too. 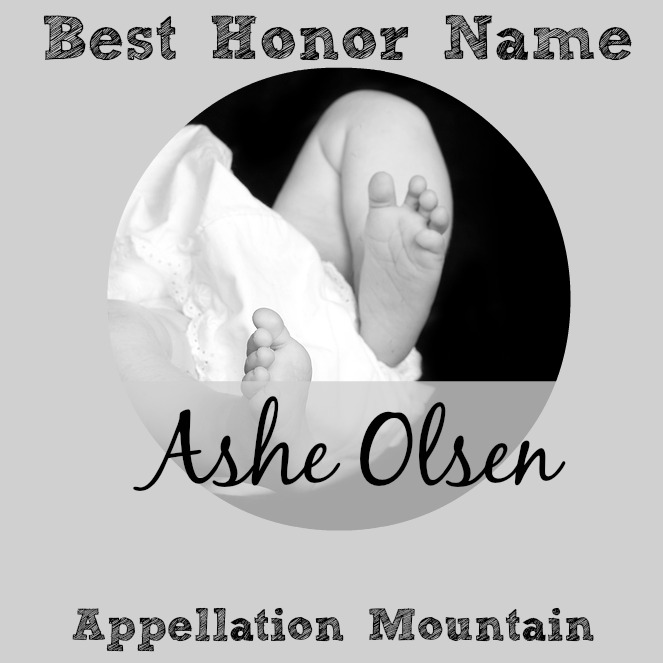 Late night host Seth Meyers and wife Alexi Ashe became new parents in 2016. He and Alexi chose a great name for their son: Ashe, from wife Alexi’s surname, and Olsen, from his mother’s maiden name.

On the one hand, boys have received their mother’s maiden names, and grandmother’s maiden names for generations. It’s a long-standing tradition in many families. And yet, it also feels fresh and new. Maybe that’s because Meyers talked about deliberately naming their child after the two most important women in his life, or maybe it’s simply because so many surname names are now chosen for style rather than family connection.

Speaking of style, Ashe does check a lot of those boxes, too. It’s a nature name with a short, brisk sound. And while it’s different, it’s not too different. Combined, it’s more than enough to make this the Best Honor Name of 2016. 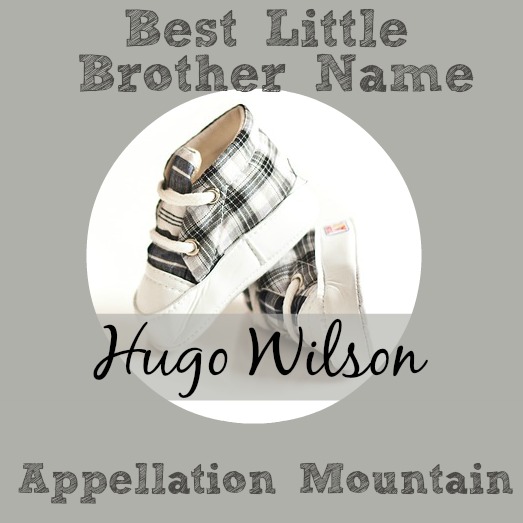 Ginnifer Goodwin and Josh Dallas star together in Once Upon a Time, the fairytale-based hit show on ABC. The couple welcomed their first son in 2014. Oliver Finlay hit exactly the right note. It’s a fast-rising name, and a mainstream choice, too. The middle feels slightly unexpected.

We were eagerly awaiting their new son’s name, and the couple did not disappoint. They went with Hugo Wilson. Like Oliver, Hugo is a rising name that’s broadly familiar, though it’s much less common than his older brother’s name.

The other reason Hugo Wilson makes the best celebrity baby names 2016 list? I love the subtle pairing of the Os in Oliver and Hugo. You can’t miss it, but it’s not nearly as overwhelming as brothers name, say, Jayson and Jayden. 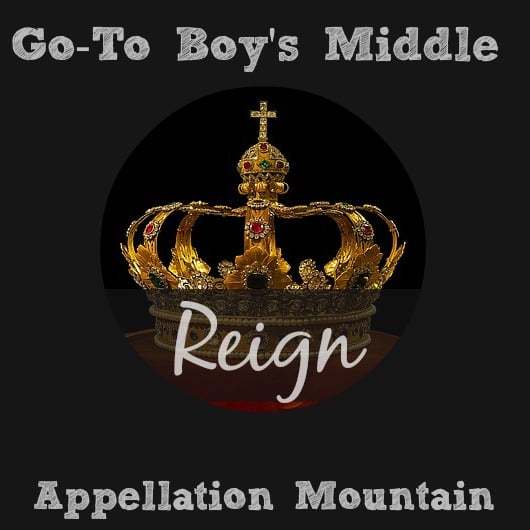 What do Nick Carter and Louis Tomlinson have in common? They both chose the middle name Reign for their sons in 2016. Nick and Lauren Kitt Carter welcomed Odin Reign. Louis Tomlinson and Briana Jungwirth went with Freddie Reign.

Reign, of course, made headlines as the name of Kourtney Kardashian’s youngest son, Reign Aston, born in 2014. Reign makes a bold choice as a child’s first name, right up there with Prince and Duke and King.

But in the middle, it’s a great sound. Rain, pick your spelling, has been used for girls for years. Now with a regal twist, boys have borrowed it, too.

This one also makes the list because it works so well for us non-celebrities. It’s slightly daring, but that can be a great thing in the middle name spot. 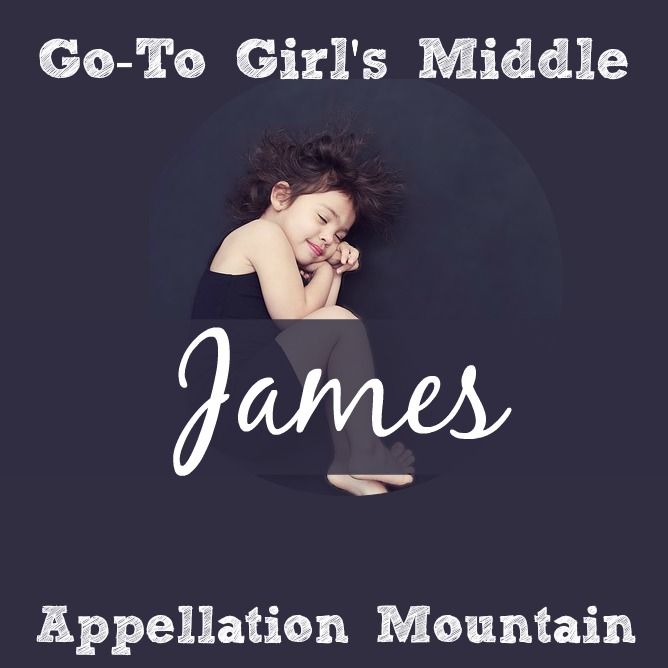 Parents have used James as a default middle name for boys for ages. It helps that the name is so steadily popular that it appears on nearly everyone’s family tree.

Now girls are sharing this one, too. It can be powerfully controversial. I dubbed James Reynolds, daughter of Blake Lively and Ryan Reynolds, the “Please Let’s Not Talk About it Anymore” name of 2015.

And yet James for a girl is a little bit like Reign for a boy. It’s a big, bold, even outlandish choice as a given name. But in the middle? It works surprisingly well. I counted at least three celebrity daughters given the middle name James in 2016, and I might have missed a few.

As with Reign, this choice has gone from celebs-only to parents everywhere in the blink of an eye. I’ve spotted several birth announcements for girls with the middle name James, often honoring a loved one. Because, after all, there’s really no feminine form of this name. I’ll take Mila James or Mila Jamesette any day. (Though I do think Jacobina makes a lovely rarity.) 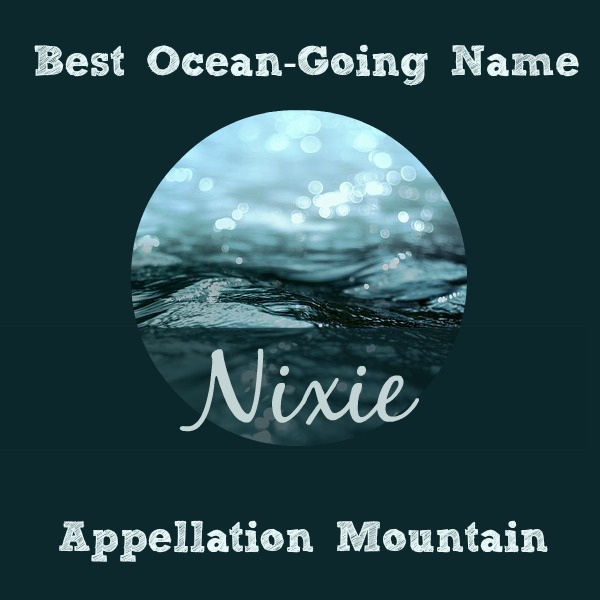 Chad Lowe and Kim Painter chose great, vintage names with family middles for their first two daughters: Mabel Painter and Fiona Hepler. That made me especially curious to hear the name for their third child. Would it be a boy called Frederick or Charles? Or another girl, with a ready for revival name like Winifred?

Instead, the couple went with Nixie. A nixie is a water sprite in German folklore; the couple explained that it refers to their shared loved of surfing and involvement with the Waterkeeper Alliance.

Nameberry called water-related names like River and Kai the coolest nature name trend for 2017. Nixie fits right in. It also has that great letter X, and matches casual-cool nickname names like Sadie and Elsie that have been in vogue in recent years.

But it’s the tie to the natural world that puts Nixie on the celebrity baby names 2016 list. 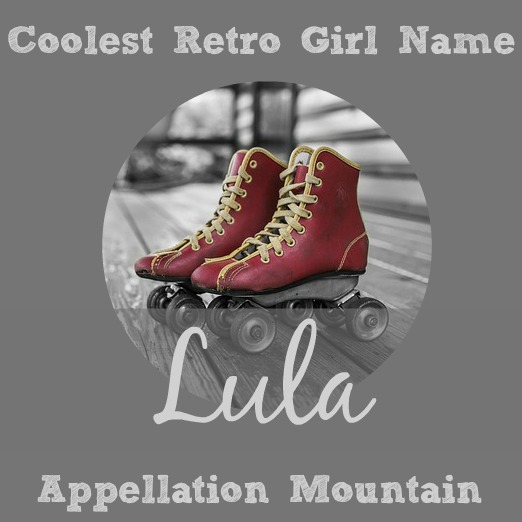 We love retro girl names, but here’s the funny thing: not every name makes a comeback. In fact, we completely forget some of them exist in the first place!

Count Lula among the all-but forgotten.

This nineteenth century Top 100 pick sounds like it could be a modern invention, a mash-up of Lucy and Lola and Luna. But the name’s history stretches across the years.

Liv Tyler is known as a daring namer. First there’s eldest son Milo, followed by second son Sailor. Milo soared after Liv gave the name to her son in 2004. Sailor was born in 2015, and made last year’s list as the Trend Setting Name of the Year.

Now she’s welcomed daughter Lula, a name that was already bubbling up in the rankings. Could Lula repeat Milo’s stunning rise? We’ll have to watch and see. 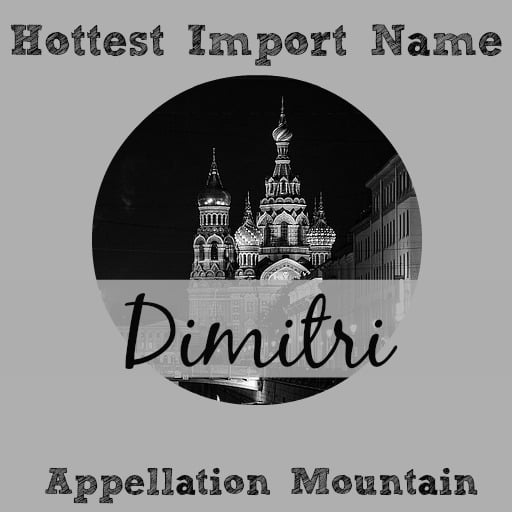 Ashton Kutcher told late night host Conan O’Brien that he and wife Mila Kunis had a contender for their second child’s name. We were sure it would be bold. After all, their daughter’s name is Wyatt Isabelle. And Ashton joked that he’d seriously considered Hawkeye until Mila shot it down.

We just learned the name they chose: Dimitri. The name currently ranks in the US Top 1000, but just barely. It’s a Slavic name with multiple possible spellings, though Dimitri might be the most straightforward phonetically. Dimitri comes from Demetrios, a name ultimately derived from Demeter, the Greek goddess of the harvest. Since Mila’s roots are Slavic – she was born in the Ukraine when it was still part of the Soviet Union – it reads like a heritage choice.

As with Lula, a high profile celebrity baby name might be all it takes to make Dimitri go from rare to mainstream. 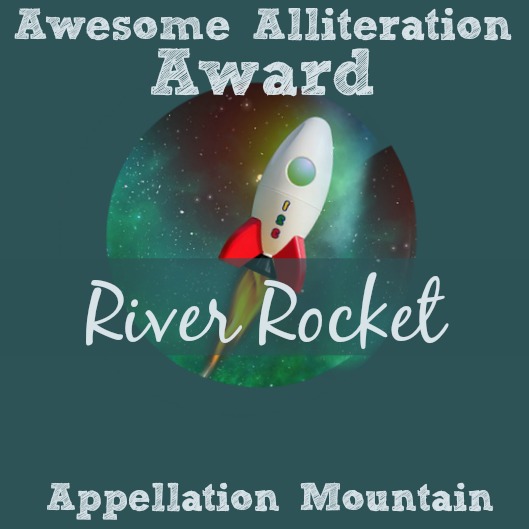 Few couples generate as much naming excitement as Jamie and Jools Oliver. The British celebrity chef and his model-turned-designer wife have always been just ahead of the curve, with nature-inspired choices that combine the English love of informal names with a certain fearlessness.

Their newest addition to their family is son River Rocket. River is a fast-rising name in the US, but it’s not nearly as popular in England. We’ll have to watch the numbers are see if the Olivers’ choice encourages other UK parents to embrace the name.

As for Rocket, it’s gone from daffy celebrity baby name pick to modern virtue name. Credit Pharrell for the change. The explanation he gave to Oprah convinced me that Rocket has considerable depth.

Alliteration happens to be a quality I really like in names. I think it makes them memorable – though it’s not for everybody. River Rocket’s older brother is Buddy Bear Maurice, so here’s guessing the Olivers are also fans. 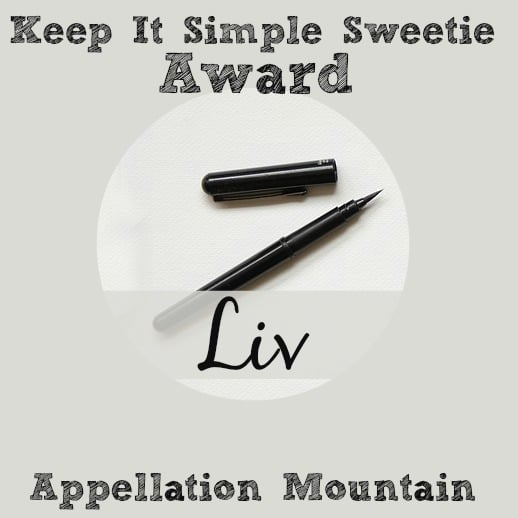 There’s something fascinating about mini names. At just three letters, they can still pack a serious style punch.

Super model Bar Refaeli knows this as well as anyone. Among the most successful Israeli models, Bar’s mini name is as stylish as they come. It means grain. She married Israeli businessman Adi Ezra. Yup, that’s right – another mini name, and another unisex choice. In Hebrew, Adi means jewel.

It feels almost inevitable that the couple would pick a mini name for their daughter. The couple went with Liv. It’s not Hebrew, but it does have a great meaning: life, in Scandinavian languages. (Actually, the name’s story is more complicated.)

Proof that short, simple names are portable, rich with meaning, and super fashionable.

One intriguing note: Bar has said she’d love a big family. Will the couple stick with mini names for future children? 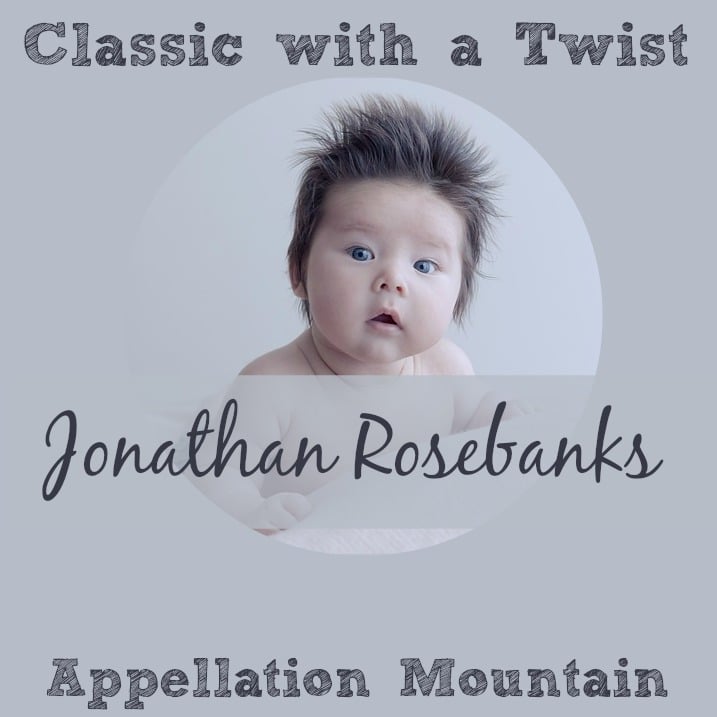 My favorite boy name of the year surprises – only because it’s not terribly surprising at all! Anne Hathaway and Adam Shulman welcomed their son, Jonathan Rosebanks, in March.

Jonathan is a cousin to John, and like Jack and Jackson and many other related names, remains in the US Top 100. Call it a quiet classic, an understated name in steady use.

A traditional, but not too common first, combined with a meaningful, and completely unexpected middle? That makes a great combination – a true classic with a twist. 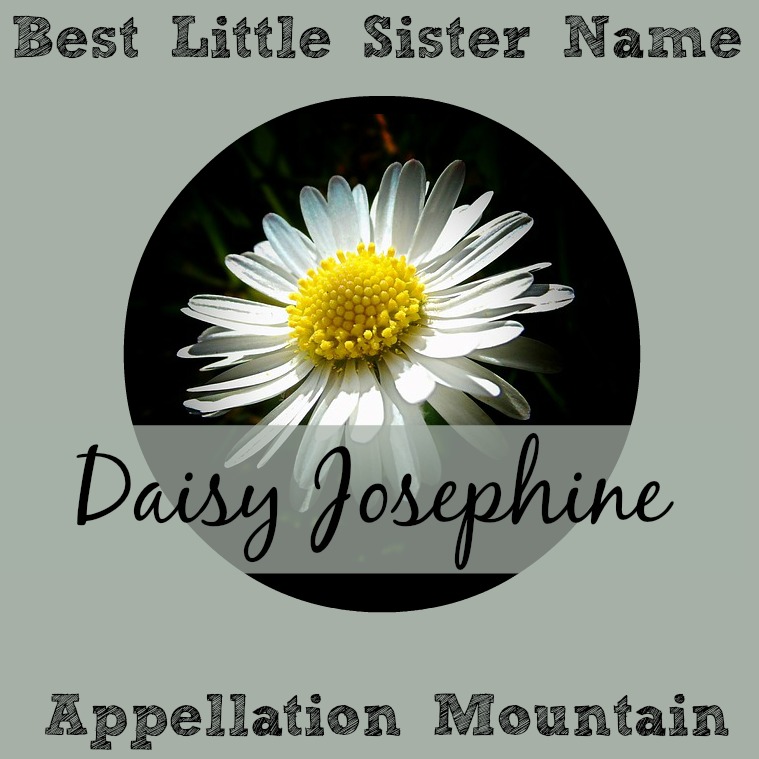 Olivia Wilde and Jason Sudeikis proved themselves trendsetters when they named their son Otis Alexander in 2014. Then came their daughter, a girl they named Daisy Josephine.

Flower power baby name Daisy ranked in the US Top 1000 in the late nineteenth and early twentieth centuries. While it’s not quite that popular today, it does rank in the current US Top 200, a rank it has held since the 1990s.

Daisy is every bit as vintage and cool as Otis, though it’s more commonly used. Josephine makes the kind of middle name that anchors a shorter first name. It also brings to mind big brother’s middle, Alexander.

It’s a great combination – not too out-there, but perfectly paired with her older brother’s name. 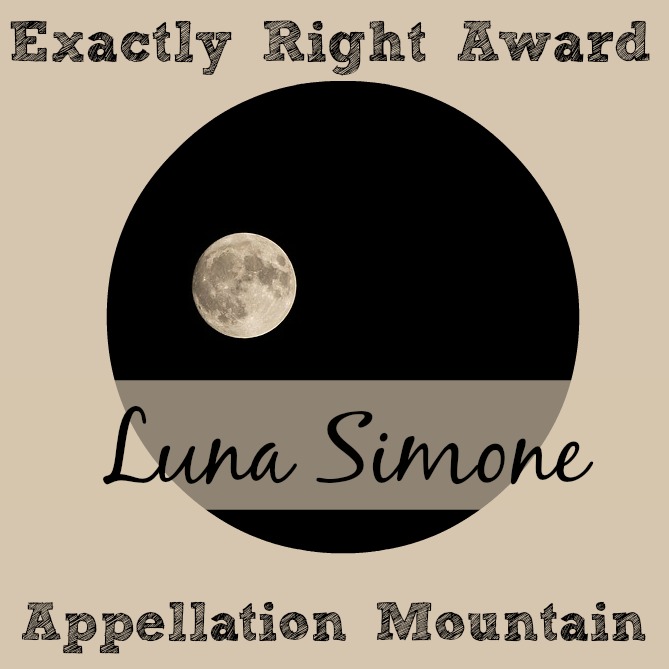 I’ve known Luna Simone would make this list ever since Chrissy Teigen and John Legend announced their daughter’s birth. Luna comes from the Latin (and Spanish) word for moon. A Harry Potter heroine helped take Luna mainstream, but like Lula, it saw some use in the late 1800s.

The name works on several levels. While Luna is a popular, mainstream choice today, it still feels fresh and nicely on-trend.

Together, Luna Simone has an appealing rhythm. It’s no different than, say, Emma Nicole, and yet the sound seems os much less expected.

That’s all for this year! What were your favorite Celebrity Baby Names 2016? Did I miss any?