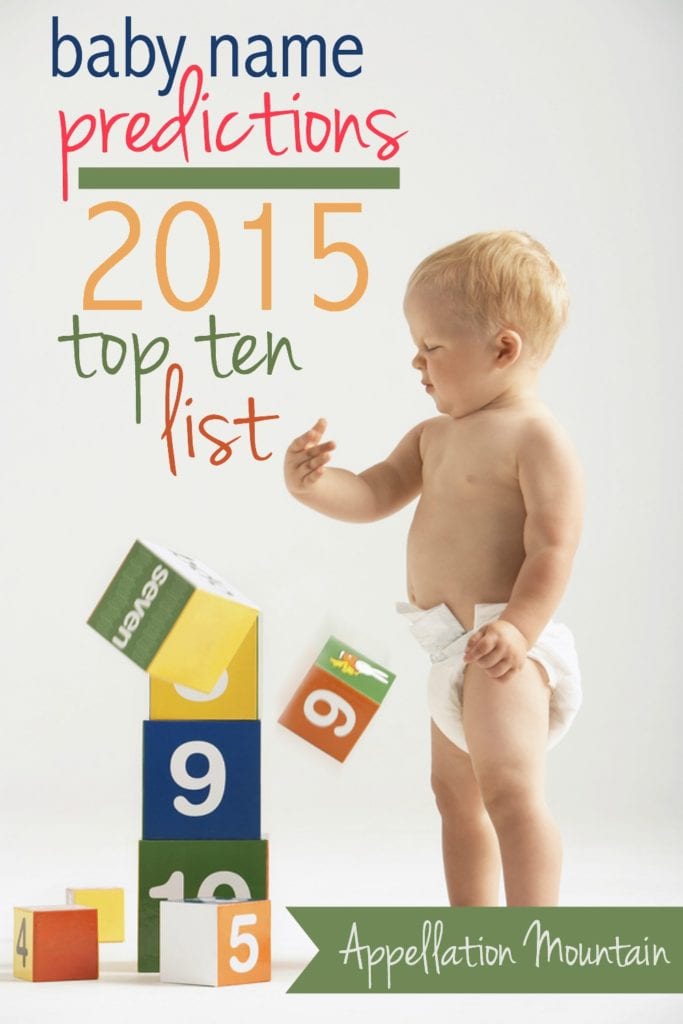 The 2015 Top Ten list will be released in just a few more weeks!

The US Social Security Administration will release the new Top Ten – actually the Top 1000 list, along with all of the supporting data – around Mother’s Day – which is really, really soon.

I love a good round of baby name predictions, and I’ve published plenty:

This year, I thought I’d pause and take a look specifically at the 2015 Top Ten list.

If you’re new to following the numbers, those dates might get a little bit confusing. In May 2016, we’ll get the numbers for children born between January 1st and December 31st of 2015. So the 2016 list is actually the 2015 list, and parents naming children in early 2016 are actually using data from 2014, which can presents some challenges.

Let’s review the current US Top Ten, and see if we can crunch some numbers – and do some crystal ball gazing – to guess what the new Top Ten might look like. 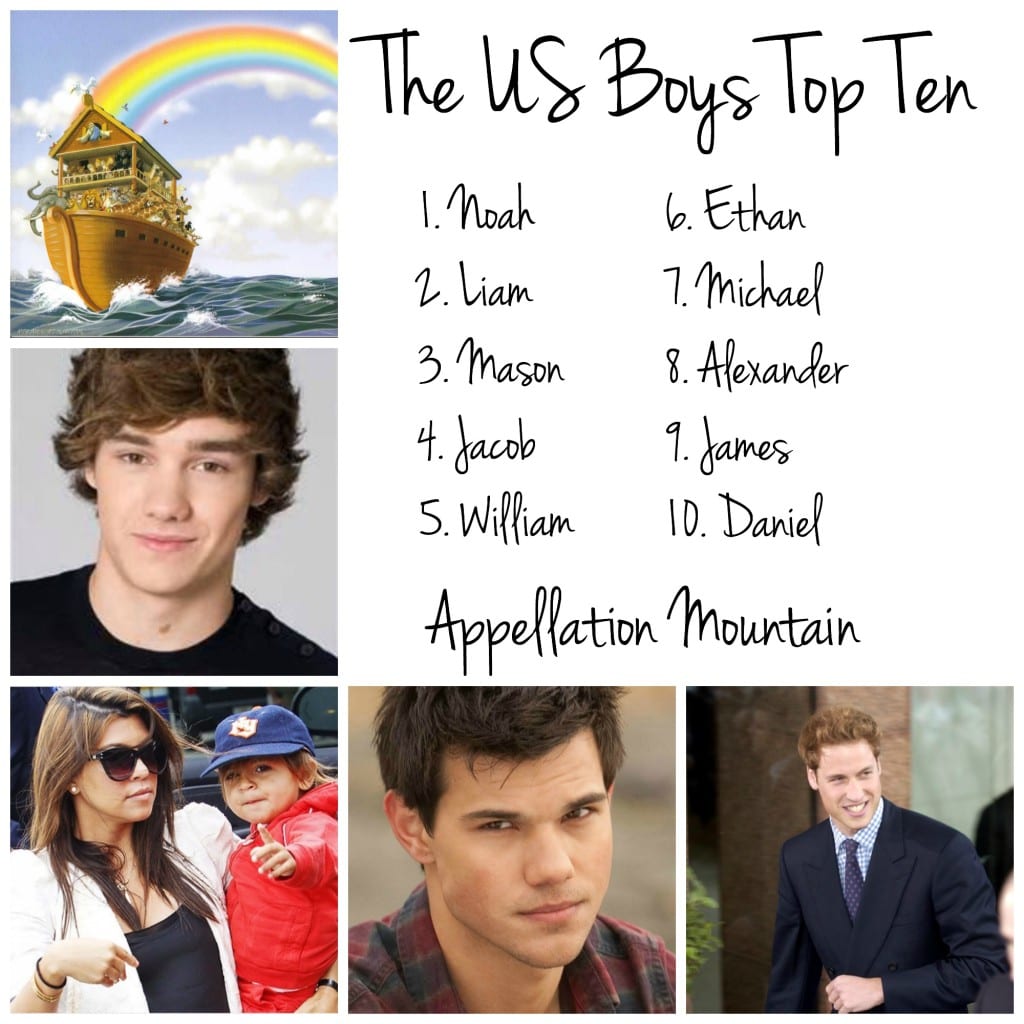 And here’s what I’m guessing will happen when we see the 2015 Top Ten list: 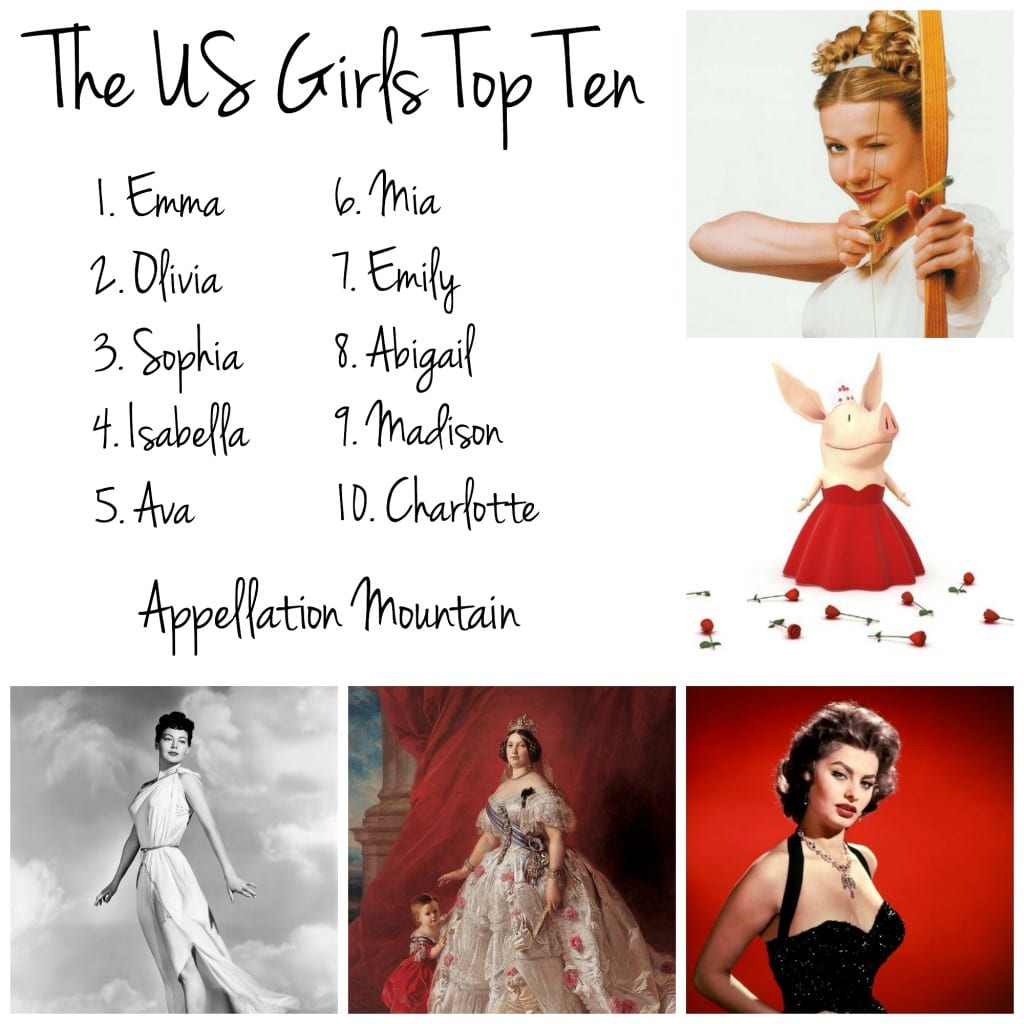 Now get out your crystal balls, and tell me: what are your guesses for the new 2015 Top Ten?