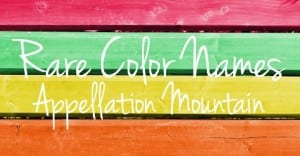 Visit any schoolyard, and you’ll probably find at least one Scarlett or Ruby, or maybe a Grayson. Color names are a serious baby name trend, and that’s not likely to slow down in 2016.

This week, we looked at colorful names for kids. Let’s continue, by turning our attention to rare color names, those given to fewer than 100 girls or boys in 2014.

We’ll touch on gemstone names, flower names and other categories, too – because not every one of the color names is only a color. And make sure to ready to the very end, where I’ll mention some of my favorites that are even rarer!

Amethyst – By now, you probably know that rapper Iggy Azalea borrowed her name from the family dog. You might also know that her given name was Amethyst, surname Kelly. What you might not realize is that 93 girls were named Amethyst in 2014. That’s up from 55 girls the year before. Credit to the Australian recording artist? Possibly. After all, “Fancy” was the song you just couldn’t un-hear the whole summer of 2014.

Auburn – Auburn is a shade of reddish-brown, though I tend to think of it as a university in Alabama. My guess was that Auburn would trend masculine – think Austin. But Auburn was given to six boys and 44 girls in 2014.

Azure – Last year, 10 girls and 20 boys were name Azure, as in the hue of blue. It’s associated with the color of the sky on a beautiful summer’s day. If Skye (and Skylar) and Summer can be big hits as baby names, why not Azure? With that zippy ‘z’ and exotic sound, there’s lots to love about this name.

Burgundy – Burgundy makes me think of the wine, and Will Ferrell’s obnoxious Anchorman alter ego. But it’s also a color, and the name given to five girls in 2014. While it shares the same three-syllables, ends-in-y pattern of former favorites like Kimberly and Dorothy, I’m not so sure about this name for a girl. 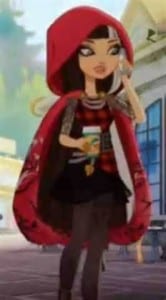 Cerise – Cerise is a shade of pink, and also the French word for cherry. Six girls were named Cerise in 2014, which is pretty consistent. The name has been given to between five and 30 girls most years since the 1950s. In July 2013, Mattel introduced the cast of Ever After High, a line of dolls somewhere between Monster High and classic fairytales. Cerise Hood is the daughter of Little Red Riding Hood, meaning that as this generation of children grows up, Cerise might feel more like a name possibility to them.

Copper – Could it be that the 25 boys and 9 girls named Copper in 2014 were actually named Cooper, until a database error transformed the name? Or were the parents motivated by the metal associated with the penny? (Lincoln, after all, is huge, as is Penelope.)

Crimson – We talked about this vibrant name earlier this week. In 2014, there were 38 boys and 52 girls named Crimson. Not nearly as many as Scarlett, but more than you might guess. Since Crimson is associated with several universities and their athletic teams, it might be a nod to the parents’ alma mater.

Cyan – Cyan is a greenish-blue hue, pronounced like Siam, only with an ‘n’ sound instead. But Cian is a name from Irish myth, pronounced with a long ‘e’ sound. In our age of Kyle and Ryan, Cyan could be slightly confusing. And yet, the name was given to 34 girls and eight boys in 2014. 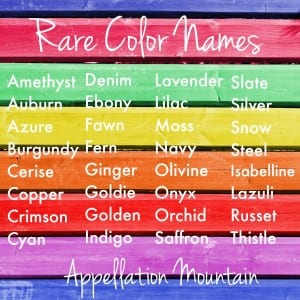 Denim – This one is more of a fabric than a color name, but it undeniably brings to mind the color blue. 40 girls and 94 boys were given the name in 2014, making this one of the most popular of the least popular color names! Singer Toni Braxton gave this name to her son in 2001.

Ebony – We talked about Ivory earlier this week, too. While Ivory now ranks in the US Top 1000, just 69 girls were named Ebony last year. Perhaps that’s because Ebony was very popular in the late 1970s and 80s, making it a mom name today.

Fawn – Names like Fawn and Bambi don’t seem terribly dignified. And yet, 19 girls were named Fawn in 2014. Is it because we’re wild about animal-inspired baby names, or could it be the appeal of the color, an appealing shade of light yellowish-tan? The name was most popular in the 1960s and 70s, the heyday of sound-alike name Dawn.

Fern – Fern is the name of the little girl in the enduring EB White novel Charlotte’s Web, and yet this nature name was given to just 63 girls in 2014. It’s also a lovely shade of green.

Ginger – Ginger Rogers danced into American film history, even winning an Oscar in 1940. Her birth name was Virginia, but 79 girls were named just Ginger in 2014. Today it brings to mind the Hollywood star, as well as red hair, the spice, and an earthy orange color.

Goldie, Golden – Gold is seldom heard as a given name, but Goldie was given to 75 girls in 2014. There were also 15 girls named Goldy, another 34 called Golda, and 15 girls named Golden. An additional 23 boys were also named Golden. That’s quite a bit of glitter. Golda, of course, brings to mind former Israeli prime minister Golda Meir. It’s the Yiddish word for gold.

Indigo – Last year 34 boys were named Indigo, along 108 girls – so many that it technically doesn’t belong on this list! But we’ll leave it, first because it almost qualifies, and second because Indigo has been among the most high profile of the color names in recent years. Lou Diamond Phillips gave the name to a daughter; Liberty Phoenix, of the famous family, has children named a daughter called Scarlette, and sons named Rio and Indigo. Girl Meets World’s Rider Strong also has a son by the name.

Lavender – Harry Potter gave us a witch-in-training called Lavender Brown. 46 girls were given the name in 2014, making it much less common than Violet, but definitely not the rarest of the shades of purple-inspired color names.

Lilac – If Lily and Layla and Lyric are names for girls, why not Lilac? It was given to ten girls in 2014. They’re one of the plants associated with Easter. Given our affection for all sorts of botanical and color names, and Lilac’s on-trend sound, t’s downright surprising that we haven’t met more girls named Lilac.

Moss – Playwright Moss Hart is probably the most famous bearer of the name, though he’s not necessarily a household name nowadays. Moss refers to a type of plant, and it’s a very pretty shade of green. But it’s often associated with swamps, so maybe that’s why it hasn’t found much favor as a given name. Five boys were named Moss in 2014. Navy – In our age of Ava and Avery, it’s easy to imagine Navy catching on. As it happens, 93 girls and 22 boys were given the name in 2014. It brings to mind all things nautical, and a shade of dark blue.

Olivine – Olivia is a white hot name for girls, ranked #2 as of 2014. Tailored, edible Olive is racing up the charts, too. Olivine could feel like an elaboration of Olive, but it’s actually a mineral that comes in a lovely shade of green.

Onyx – Another of the more popular possible color names, Onyx was given to 91 boys and 45 girls in 2014. Thanks to the popularity of x names for boys, Onyx feels masculine – though as with any nature name, it’s not necessarily the case. The name is currently at its most popular.

Orchid – Nine girls were named Orchid in 2014, a name that brings to mind a shade of purple, as well as the flowering plant. Perhaps the biggest drawback to using the name is its etymology – it literally means testicle, thanks to the shape of its roots. I’m not inclined to think of it as a deal breaker – is it really common knowledge? – but it definitely comes up every time I mention the name.

Saffron – Saffron is another spice name, this time associated with a deep golden yellow color. Long-running BBC comedy Absolutely Fabulous included level-headed daughter Saffron. 24 girls were given the name in 2014.

Slate – 36 boys were named Slate in 2014, which brings to mind both a type of rock and the shade of gray most commonly associated with the material. Surname name Slater – once given to roofers – is even more popular, used for 75 boys in 2014. (And, of course, Christian Slater.) Slate and Slater could be interesting alternatives to the more common Gray and Grayson.

Silver – 35 girls and 16 boys were named Silver in 2014. It’s a glittering name, used in small numbers for boys and girls since the early twentieth century. The name was boosted by second generation 90210 character Erin Silver, known exclusively by her last name. 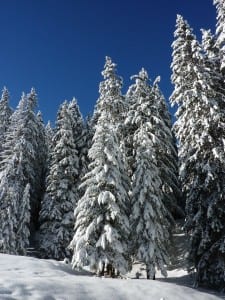 Snow – It’s a Disney princess name, and a weather name, but no one would ever question that we think of snow as the color white. 77 girls and 6 boys were named Snow in 2014. It may be even more common as a bold middle name choice. Daring baby namer Ashlee Simpson’s daughter with husband Evan Ross is named Jagger Snow.

Steel – Like Slate, Steel feels a little bit like a name for an action hero, or maybe the leading man on a daytime soap opera. But it was the name given to 35 boys in 2014. Steel belongs with the color names, but the construction material could also be considered a tough guy name. An additional 93 boys were named Steele, which is familiar as a surname, and six were called Steeler, which makes me think of all things gridiron.

And lastly, how about some names associated with colors that are so rare they weren’t give to even five children in 2014? Isabelline, Lazuli, Russet, and Thistle are my favorites – especially Isabelline, a pale yellow-grey color that’s hard to describe. But wouldn’t it make a gorgeous middle?

What are your favorite color names for boys and girls?