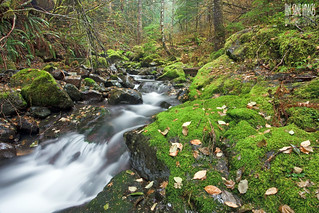 Is this a nature name, a color name, or something completely different?

Thanks to Elisabeth for suggesting Moss as our Baby Name of the Day.

Let’s begin in the middle.  When I hear Moss, I immediately think of playwright and theater director Moss Hart.

Born to a family of modest means in New York, his love for the theater started young.  His first Broadway hit came in 1930.  You Can’t Take it With You was his biggest triumph, in 1936, followed by 1939’s The Man Who Came to Dinner.  He and George S. Kaufman were frequent collaborators, and he also worked with Irving Berlin and Cole Porter.

Hart’s Depression-era You Can’t Take it With You won a Pulitzer Prize for drama.  Later, My Fair Lady won a Tony Award for Best Musical during Hart’s stint as director.  And his 1947 screenplay for Gentleman’s Agreement won him an Oscar nomination.

Lately his work is back in the spotlight.  His memoir, Act One: An Autobiography by Moss Hart was published in 1959, adapted for the big screen in 1963, and, as of 2014, a Broadway play.  Tony Shaloub plays both Hart and Kaufman, and both Shaloub and the play were nominated for a slew of Tony Awards, among others.

So that’s an appealing connection to theater and Americana in general for Moss – though I’m stumped as to how Robert got his nickname. But where does the name come from?

On Britcom The IT Crowd, one of the main characters is geek extraordinaire, Maurice Moss, who usually answers to his surname.  Others who share the surname include Mad Men’s Elisabeth, supermodel Kate, and the fictional Llewelyn from No Country for Old Men.

All of this makes Moss a rarity, a name seldom heard.  But, like many a noun with potential as a given name, he’s got some advantages.  Moss is easy to spell and pronounce, and in an age of kids called Willow and River, seems perfectly reasonable.  His status as a surname and a form of Moses bolster the case for considering Moss a very intriguing possibility for a given name in 2014.

What do you think of Moss?  Does he work with modern nature and color names?