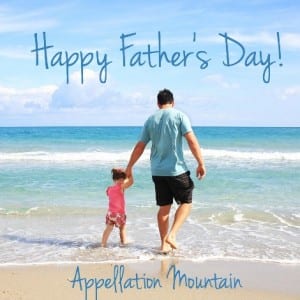 Happy Father’s Day to all the dads out there!

Linda at Nameberry wrote my favorite post of the season: Father’s Day Names with Meaning.

When I renamed myself in my 20s, I settled on Abigail for a bunch of reasons. But one of them was the meaning.”my father is joy.” My dear dad passed away when I was a teenager, and so there was something about the meaning that spoke to me. When our daughter came along, I loved that Clio was related to Cleopatra – “glory of the father.”

It’s a small thing, but I like that connective thread between our names.