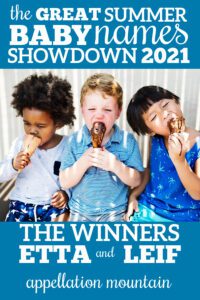 After voting our way through all of July, the moment has arrived.

The winners in the New Names Showdown 2021 are …

Let’s look back at the contest over the last few weeks and see how we got here.

Every year, the US Social Security Administration published the Top 1000 names given to boys and girls – 2000 names total – typically on the Friday before Mother’s Day. That list always includes some newcomers, as well as some names returning. The returned names might be back after a long absence, or they might have wobbled off the year prior only to claw their way back in this time around.

NOTE: Strictly speaking, Ephraim ranked #1000, with 209 births – but 209 boys were also named Jerome, Karim, Meir, and Yahya. Alphabetical order means that only Ephraim clinched a spot. For girls, Belle and Kadence made it with 252 births, but not Kiera.

Technicalities aside, what that means is that every year, plenty of gems qualify as new names, a mix of debuts and returns. In May 2021, the lists looked list this:

We started out with eight contenders:

After voting our way through the month, Etta won out over Zoya with over 75% of vote. That might be one of the most resounding victories of any year to date!

That means Etta joins past winners:

Once again, eight names started out the race:

In a much closer contest, Leif won over Everest by a more slender margin, bringing in just over 53.5% of the vote.

That puts Leif in the same category as past victors:

Will Leif also shoot up the popularity charts? It’s much too soon to say, but our track record? It’s pretty good!

Thanks to everyone who voted, shared, and cheered on their favorite names! 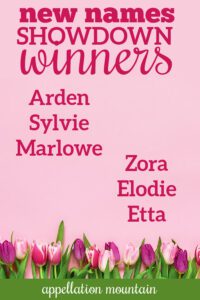 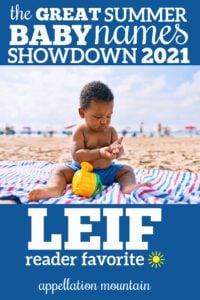 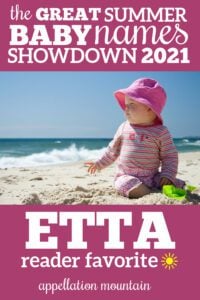 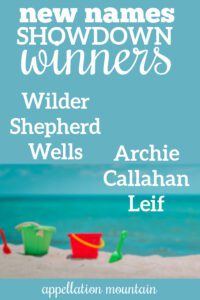