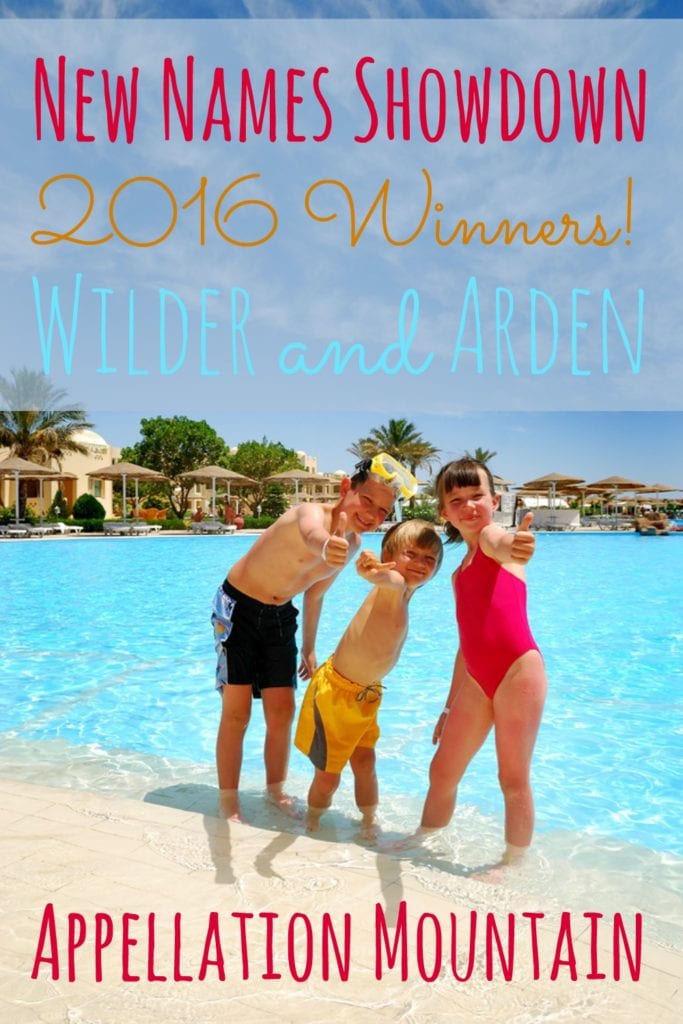 You’ve voted. You’ve lamented the losses of favorites. And you’ve cheered on your top picks.

Now it’s time for the big reveal of the New Names Showdown 2016 winners!

We started out with 47 new girl names and 39 new boy names, all returning to or debuting in the US Top 1000 in the new data set released in May 2016. I narrowed each list to just eight likely names. My rules? No alternate spellings of already ranked names, and no slight variations, either.

I also omitted pop culture sensations. That’s a tough call, because many of these names – Khaleesi, I’m looking at you – do rise rapidly. But it’s tough to separate the merits of the name from the success of the associated athlete/movie/reality television star/what-have-you, so I omitted those, too. (Plus Nancy does a brilliant job with her annual Pop Culture Baby Name Game.)

Back to the contest.

If our crystal balls are working correctly, the two winning names will go on to climb dramatically in the rankings, as many more parents embrace them.

And the New Names Showdown 2016 winners are:

Will Wilder and Arden prove themselves fast-rising names over the coming year? Tune in around May 2017, and we’ll check our predictions!