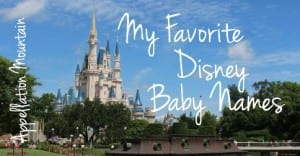 Some are obvious. Think Mickey, Minnie, or any of the princesses.

Others are subtle – even obscure.

But once a baby name is associated with Disney, it has something extra – a sprinkle of pixie dust, a sense that the name will always have a positive, magical association.

I married into Disney. My husband’s family visited the Orlando theme park at least once a year while he was growing up. Now we take our kids to visit almost every year, too. I’ve fallen in love with the experience, and as we’ve visited, I’ve taken to cataloging my very most favorite Disney names.

Here are twenty of my very most favorite Disney baby names: a dozen for girls, plus eight for boys.

Cleo/Clio – We decided to call our daughter Clio before I realized there were two Disney tie-ins. First, Pinocchio has a goldfish named Cleo. Second, Clio is one of the Muses in Greek myth, and 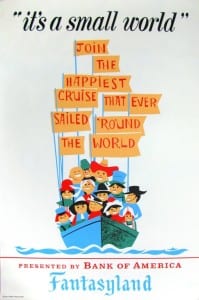 they narrate the 1997 animated Hercules.

Mary Blair – Mary Blair was the artist behind the look of It’s a Small World, a giant mural in the Contemporary Resort at Walt Disney World, and a number of other significant Disney projects. She had significant input to the look of the early animated movies, too, including Alice in Wonderland, Peter Pan, and Cinderella. I’m captivated by her style, and one of my favorite Disney memories is taking my then-18 month old son on It’s a Small World for the very first time. I’d cheerfully use Mary Blair or just Blair … except that there are so many people in our family who answer to Clare or Claire, I’m not sure we could ever have a Blair!

Elsa – Yes, I know. Frozen. Do you really want to name a kiddo after the Snow Queen, the face on thousands and thousands of licensed products. (I found shower curtain rings with Elsa’s face on them at Kohl’s the other day. The bath towels I expected, but the rings that you use to hold up your shower curtain? That seems excessive.) And yet, Elsa is a great name – a short form of Elizabeth that sacrifices none of the name’s classic style.

Daisy – Duck, of course! This is an interesting case. Name your child Mickey or Minnie, and chances are that someone will ask if you’re a Disney fan. Daisy is nearly as well-known, and yet it manages to be a name that’s just as associated with Downton Abbey as the Happiest Place on Earth.

Lilo – Lily, Lila, and Layla – pick your spelling! – have had a good run. And yet, the name of the Hawaiian heroine in Lilo and Stitch was given to just 18 girl in 2014. I’ve heard that it’s used as a diminutive in German, but in Hawaiian, it means “generous one.” Another reason to like the name.

Mabel – My kids – and my husband, actually – are obsessed with Disney XD series Gravity Falls. Mabel and Dipper are twins who come to stay with their Great Uncle Stan in the mysterious Oregon town of Gravity Falls. There are some great character names on the show, including poor little rich girl Pacifica Northwest. (The show debuted a year before Kim Kardashian named her daughter North West!) 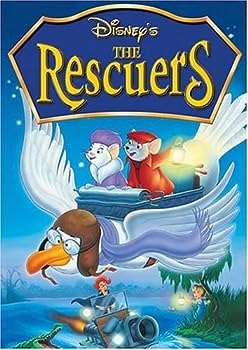 Bianca – One of the first movies I remember seeing in a theater was The Rescuers. I would have been 4 when the film was released in 1977, so that seems possible. I loved Bianca, the name of a brave and glamorous mouse sent to rescue the imperiled orphan Penny. Eva Gabor voiced Bianca. Yes, it’s a Shakespearean name. But for me, Bianca is forever a fearless white mouse with a purple hat and scarf.

Clarion – TinkerBell used to be Peter Pan’s sidekick, often reduced to little more than a glowing spark of light. But in recent years, Tink and her fellow fairies of Pixie Hollow have starred in adventures of their own. Queen Clarion is the powerful ruler of the Hollow, and the guardian of the seasons. I love Clarion as a bold update to all of the Claire names.

Ursula – 1989’s The Little Mermaid revived Disney animation, ushering in an era known as the Disney Renaissance. The studio had toyed with the story as far back as the 1930s. Now they brought it to life, with red-headed mermaid Ariel longing for a life on land, and part-octopus sea witch Ursula making her request possible – with strings. Yes, she’s memorably evil. But this name has roots that go far deeper than the malevolent sorceress, and I think Ursula could be a great clunky-cool name for a girl.

Dinah – I started this list with a goldfish. Let’s end with a kitten! Lewis Carroll gave Alice a pet cat in Alice in Wonderland, and she appears in the 1951 animated classic. Dinah doesn’t fall down the rabbit hole, but is there when Alice awakes. It’s a great Old Testament name with just enough pixie dust to earn a place on this list. 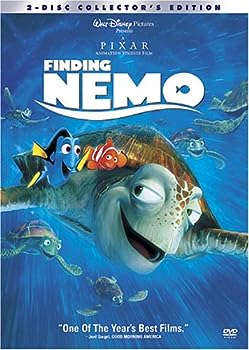 Dory – I loved Finding Nemo. Dory was the Ellen Degeneres-voiced blue fish – a regal tang – who helped clownfish Marlin rescue his son, Nemo, in the 2003 hit movie. Dory suffered from memory loss in Nemo. Now we’re about to see Dory remember her past in Finding Dory, a sequel due out in 2016. I love Dory as a nickname for Theodora, Isadora, or any other name with the -dor sound. In our age of Sadie, I even think Dory could stand on her own.

Briar – I’ll never forget stumbling on Briar Rose in a book in second grade. I liked the name Aurora, but I loved Briar. Disney makes Briar Rose an alias for Princess Aurora in Sleeping Beauty, but the Brothers Grimm only called her Briar Rose in their 1812 adaptation. Others have called the sleeping princess Talia and Rosebud. Actors Hayden Christensen and Rachel Bilson named their daughter Briar Rose in 2014, but I prefer Briar on her own.

Peter – There is no version of the Peter Pan story that I don’t love. My daughter agrees. (Even though the story is really quite strange – something I didn’t realize until I re-watched it with Clio in recent years.) Disney first adapted JM Barrie’s enduring tale in 1953. There’s a healthy dose of Mary Blair in the animation. The phrase “Second star to the right, and straight on till morning” describes how to get to Neverland – and is one of my favorite lines from any movie, ever. I think Peter is an underused classic, saintly and regal and deserving of more attention.

Rufus – Alright, I just plain like the name Rufus. It’s indie and saintly and clunky-cool. Plus, there’s a cat called Rufus in Penny’s orphanage in The Rescuers. He is kind to Penny, and helps Miss Bianca and Bernard when they’re looking for clues as to Penny’s whereabouts – despite the traditional cat/mouse divide. 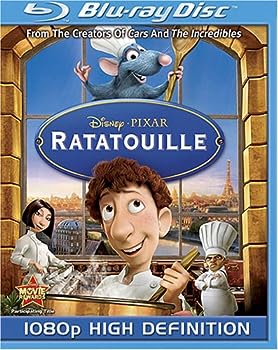 Remy – I always think Ratatouille is one of the less appreciated of the Disney movies. The names are great: Auguste, Django, Colette, and of course, Remy. Remy is the rat who wants nothing more than to be a chef. But a rat in the kitchen? It’s a health inspector’s nightmare! But this is Disney, so all ends happily. The name Remy was inspired by director Brad Bird’s dog.

Dashiell – While we’re talking about Brad Bird films, I love The Incredibles, another of Bird’s movies. The family consists of Mr. Incredible – Bob, his wife Elastigirl – Helen, and their kids, Violet, Dash, and Jack. Dash’s full name is Dashiell Robert, and appropriately, his super power is super-speed. It’s a split-personality name, part-literary and sophisticated, part-energetic and modern.

Hugo – Speaking of literary names, if you’re going to reinvent Victor Hugo’s Hunchback of Notre Dame as a musical, complete with a happy ending and singing gargoyles, well … the least you can do is name two of them Victor and Hugo. The 1996 movie passed me by – I was 20-something, and the only gargoyles I wanted to see were attached to historic buildings in European capitals. Though I really love the idea of gargoyles with lives of their own. And Hugo? From Bye, Bye Birdie to Hugo Boss, there are dozens of reasons I think this name deserves to be on more shortlists.

Phineas – Phineas and Ferb always strikes me as Disney at its best. The characters are imaginative, generous, and bold. And Phineas is a great, underused name, one of the names profiled earlier this week.

Flynn – Flynn is a double Disney name. First, it’s the last name of Phineas. But it’s also the name of Tangled’s Flynn Rider, a thief with a rebellious streak. It’s a nice change from the usual fairytale prince. We also learn that Flynn isn’t Flynn at all. He’s actually Eugene Fitzherbert, a name that Rapunzel eventually convinces him to keep.

Sullivan – Monsters Inc. gave us Mike and Sulley, a top scare team at Monsters Inc. We learned more about Mike Wazowski and James P. Sullivan in prequel Monsters University. Sullivan is a Disney surname, but since Sulley uses it, I think it qualifies for this list. It’s also a great, underused surname name for a boy in 2015.

That’s my list. I’m sure the second I press “post,” I’ll be reminded of another dozen that I’ve overlooked! Do you have favorite Disney baby names? Any you would consider for a child?