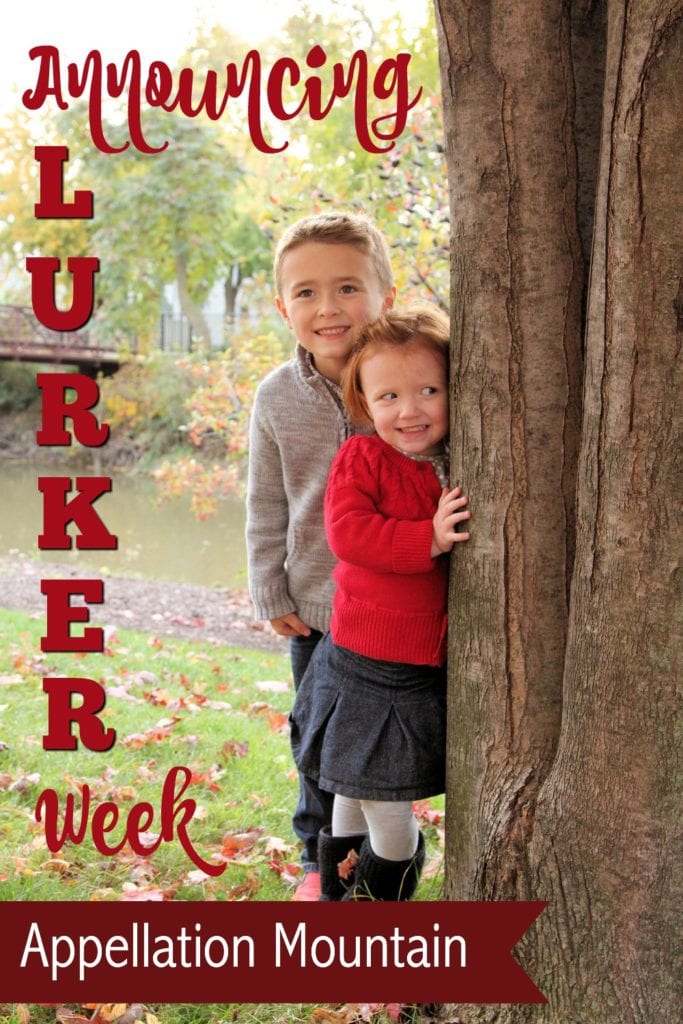 When I started writing Appellation Mountain way back in January of 2008, I struggled to come up with enough ideas to hit publish regularly.

And then that May, I decided to feature a Baby Name of the Day.

After choosing a few, I realized that it was the kind of decision that was better made by a group, so I opened it up to suggestions.

Since then, I’ve never struggled for ideas.

If there’s any magic to Appellation Mountain, it’s thanks to this wonderful community. In the best of possible ways, it’s not me – it’s all you! (And you and you and you!)

But as the site gets bigger, it can be harder to reach out. And I’m often overwhelmed by the sheer number of ways to talk to readers!

That’s why every once in a while I like to host a Lurker Week.

The idea is simple: during the week of May 23rd, I’ll feature names suggested through comments on this post, but only from first time commenters.

Feel free to also suggest post topics – ideas for lists or burning questions to be answered – as well as possible Baby Names of the Day.

And just for fun, here are a few of my favorite Baby Names of the Day that I wrote about – and in some cases discovered! – thanks to suggestions from The Formerly Lurking:

Oh dear! Now that I’ve started this list, it could go on forever. Because Appellation Mountain readers really do have The Best Ideas.

If you’re new to the site, or have been here forever but have been hiding quietly in the background, this is your chance. Leave a comment with the names or topics you’d love to have featured, and hopefully we’ll fit a bunch of them in this May!