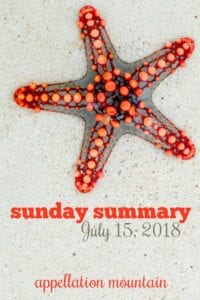 Last week, I went to hear a sports psychologist speak. (Parents of littles: I promise such events that now sound unnecessary and even bizarre will someday be the kinds of things you add to your schedule without a second thought.)

One of the things he said struck me as applicable to naming: We all want our kids to stand out.

It’s true if your child is an athlete, hoping to make the team. A performer, vying for a role. Or any of the dozens of things requiring applications and interviews that are great to pursue, but require our children to demonstrate that they are worthy of notice.

And it’s true with naming.

It’s always been true with naming, at least for some families. Both of my grandmothers were, in very different ways, inventive namers, though neither was especially unconventional. And yet we’re quick to criticize parents for their choices. Comments (the ones I delete) often predict the doom and ruin of the human race, all thanks to our name choices.

Pretty sure that’s an overstatement.

So we want our children to stand out, because we love them, and we want them to be happy and successful. (And we get confused about which matters more.)

What’s changed in the twenty-first century is this: we know instantly which names are most popular. We have access to endless streams of data and opinion and analysis. Back in the 1970s, lots of parents named their daughters Jennifer, only to discover at kindergarten orientation that the name was Very Popular Indeed.

We have the opposite problem today: mountains of information aiming to predict the next Jennifer.

So how far do you go to find a stand-out name? Most parents are hoping for something that stands out, but still fits in. I call them Sweet Spot names. (My list of Sweet Spot Girl Names is here, and Sweet Spot boy names is here.) Depending on your circles of family and friends, these lists could be too daring, or way too dull.

All of this is a very long way of saying that I think Kulture Kiari makes a great name for Cardi B. and Offset’s daughter. It seems like her first name refers to something deeply important to the couple. (Offset is part of hip hop trio Migos; they’ve released albums titled Culture and Culture II. And it’s more than a name. I do think their take on it pushes Kulture into the modern virtue name category.) As for her middle? I love that they named their daughter for her father. Too often we reserve family names for boys, and that seems like an oversight.

And yet, here’s what I keep thinking:

Marvel at this: THREE Kar-Jenner sisters had babies this year, and yet the most controversial K name of 2018 belongs to Cardi B. (FWIW, I like Kulture for Cardi + Offset.) 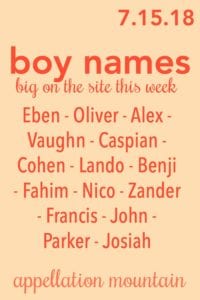 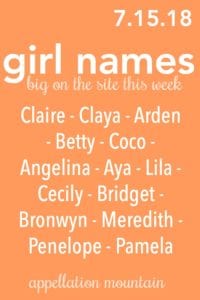