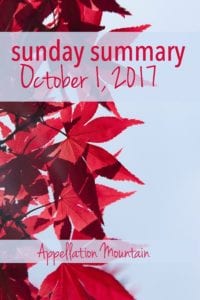 If I have a cardinal rule, it is this: thou shall not mock a child’s name.

I didn’t always follow it to the letter, and I regret my missteps. Being human and flawed, of course I sometimes I find myself wondering – wait, what!? Really?!

But mostly, I think parents have their reasons for choosing a child’s name. And I firmly believe that those decisions are made with love and good intentions.

Yes, even the Kardashians.

Based on recent news reports, the youngest generation will grow by three Kar-Jenners in 2018:

So. That’s a lot of headlines, and plenty of reveals for Keeping Up With the Kardashians. Even if you’re not a fan, I suspect the names will be headline-worthy, and very possibly influential. (Sure, North has yet to catch on, but Penelope and Mason?)

It has me wondering: what is it like to name a child when you know the world is watching? Does it change your thinking?

I’ve defended Beyonce and Jay-Z’s name choices for their twins, noting that a unique name might be more easily protected from others wishing to profit from a famous child’s birth.

We can guess that Kim’s kiddo will answer to a bold word name. But the other sisters? We won’t know until the birth announcement, but I wouldn’t be surprised if the younger sisters choose something more in the Penelope-Mason range than North, Saint, and Dream.

That’s all for today. As always, thank you for reading – and have a great week!