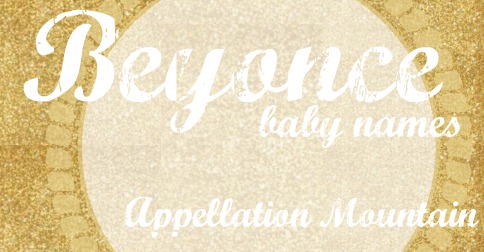 Rumi and Sir are everywhere this weekend.

By now, you’ve heard that Beyonce and Jay-Z have welcomed their twins. The bigger news broke yesterday. Thanks to legal filings, it seems likely that their names have been revealed.

Welcome to the world, Sir Carter and Rumi Carter.

Here’s my take on the names, in video form.

For even more background, you can read all about the name Rumi here, and the name Sir here.

Rumi and Sir: The Names of the Moment

I like the names. Yup, I even like Sir. For this family, in their particular set of circumstances, I think the names feel different, but not wildly out of step with current trends.

The People of the Internet seem pleased – or at least neutral – about Rumi. I suspect that’s because it builds on stylish sounds, like Ruby and Remi. That makes the name feel different, but familiar. And while the Persian poet was a he, the name claims feminine roots in Japanese. So it’s globe-spanning, truly unisex, and relatively uncommon.

As for Sir, the name is taking a beating online. I get it – big, bold names like Legend and Messiah and Saint are easy to target. And yet, I think there’s another side to Sir that deserves recognition. Medieval knights – at least in the ideal – kept to a code. They were brave, honorable, and selfless.

Rumi and Sir: Are They or Aren’t They?

I address this question in the video, but this rumor feels right for two reasons. First, they just plain sound like the kind of unexpected names that Blue Ivy’s parents would choose. Second, and more importantly, TMZ broke the story based on legal documents.

The famous couple attempted to trademark Blue Ivy’s name. (No, not to make money off their kiddo – to prevent others from doing so!) And so the same company that filed on behalf of Blue Ivy did the same for Sir Carter and Rumi Carter just recently.

Until the family makes an official announcement, we just don’t know. But I think this feels right, both in terms of the source, and, of course, the names chosen.

What do you think of Rumi and Sir?