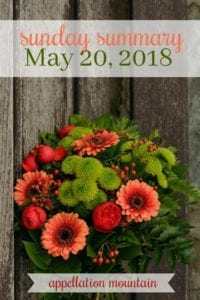 I woke up this morning to discover that it’s Eliza Doolittle Day. Observed every May 20th, it celebrates the heroine of musical-turned-movie My Fair Lady. Audrey Hepburn starred in the 1964 movie version, which won the Oscar for Best Picture.

The two-cent synopsis: a highly educated and quite snobbish professor takes a bet that he can teach a girl from the wrong side of the tracks to pass as a well-bred member of society. (As this NPR article points out, it’s a concept that doesn’t stand up to our present-day realities.)

The odd couple pulls off their social experiment. Romance, naturally, follows. But in an early song, when Eliza is just starting to shed her Cockney accent, she sings:

One day I’ll be famous, I’ll be proper and prim
Go to St. James so often I will call it St. Jim
One evening the king will say, “Oh, Liza, old thing
I want all of England your praises to sing”

So there you have it: Eliza Doolittle Day.

As it happens, I’ve been thinking about this name quite a bit. Ever since Octavia broke into the US Top 1000, I’ve been binge-watching the series that helped boost it: The 100. And the star? She’s named Eliza Taylor.

Eliza rose to #140 in the new rankings, but I still say it’s a Sweet Spot Girl Name: not too popular, not too rare; modern-sounding, but with roots; rich in nicknames, but likely to be used in full. And the fact that your daughter would have her own day when we sing her praises? 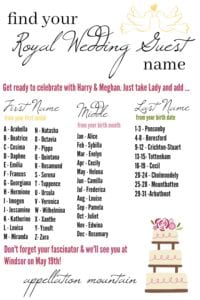 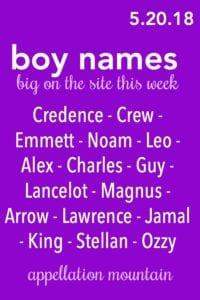 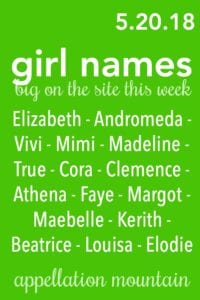