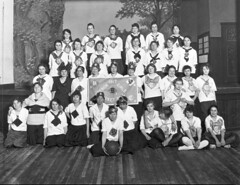 March Madness continues, and the competition is fierce!

The biggest victory went to Adele. She thoroughly trounced Eithne, garnering 86% of the vote to her rival’s mere 14%. Lydia and Lila both won by impressive margins, suggesting that L truly is the letter to watch.

One surprise was watching Louisa win handily over Stella. Has this star already had her moment? Are too many Hollywood littles wearing out Stella before she really catches on?

My biggest heartache was watching Romilly lose out to Lorelei, especially because that was a close one – Lorelei earned 55% of the vote.

And now, on to the quarter-finals!

The elaborate Lydia versus the trim Adele