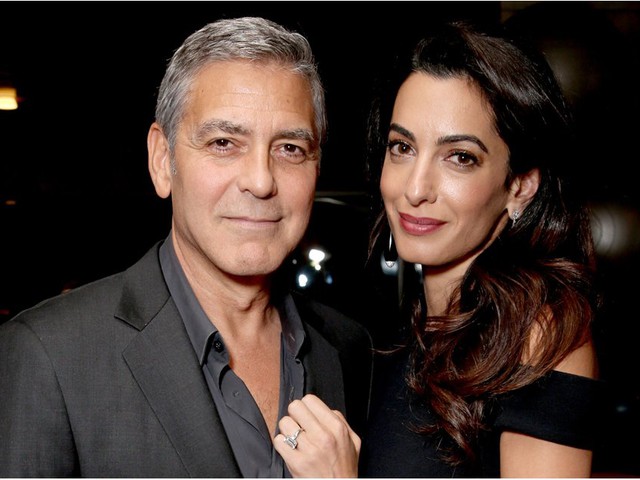 The Clooney twins have arrived!

Amal and George Clooney welcomed a son and a daughter earlier today, June 6th. We weren’t sure what the famous couple’s naming style might be. Over the last few months, first-time father George famously joked that he’d name them after his tequila company: Casa and Amigos.

Instead, the Clooney twins will answer to classic – even unremarkable – names. Both Ella and Alexander have ranked in the US Top 25 for over a decade. You’ll find them in nearly every elementary school in the US. Ella and Alexander are equally popular in the UK, with their positions reversed. They feel like the antithesis of celebrity baby names – mainstream, understated, traditional.

And yet, that’s not to say the new parents didn’t do a rock solid job of naming their new arrivals. It seems likely that Alexander will answer to Alex. Ella and Alex balance out nicely – both names starting with a vowel, and yet with distinct sounds.

There’s something jazzy about Ella, thanks to namesake Fitzgerald. In many ways, Ella has been the sound of baby names for this generation. Eleanor, Eliza, and Eloise are just a few of the wildly popular El- names for girls. And -ella at the end brings to mind Gabriella, Isabella, and lots of other favorites.

Alex combines centuries of use with that cool x-factor, and has been even more consistently popular than Ella in the US. (In England, the opposite is true.) Along with names like Jack and Max and Henry and Charlie, it’s a cool classic – a name that can’t be pinned to this decade, and yet feels very much of the moment. Another boost for Alexander? Award-winning musical Hamilton is all about Founding Father Alexander Hamilton.

There’s no word yet on whether the twins have middle names. Dad’s full name is George Timothy Clooney, while mom was born Amal Alamuddin.

Congratulations to the family!