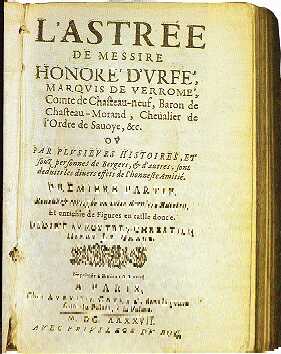 Here’s a fascinating tale of a fifth century appellation, and where he finally landed thirteen centuries later.

Thanks to Kara for suggesting Trasimond as our Baby Name of the Day.

Like dinosaurs and dodo birds, names do go extinct, and it can be incredibly hard to trace the waning days of use.

Kara came across Trasimond in a register for a seminary in early nineteenth century Missouri.  While we don’t think of Missouri in the same way we imagine Louisiana or Quebec, we should –  the area was settled by the French, and their influence was considerable.  St. Louis might be not quite as romantic as New Orleans, and it isn’t as conventionally French as Montreal, but the history is undeniable.

As it happens, the name Trasimond surfaces across French communities in nineteenth century North America.  My first guess was that it must be an occupational surname, but Trasimond pre-dates the very existence of surnames.

First came a Vandal leader from the late fifth and early sixth centuries, more commonly given as Thrasamund.  The Vandals spoke a Germanic language, so I assume that mund relates to horses.  Thrasamund was the grandson of Genseric, and both had long reigns.  He’s also notable for halting religious persecution in his lands.

The name remained in use:

That’s just enough to suggest that there were more, but not really enough to explain why the name would travel all the way to nineteenth century Missouri.

The answer lies in popular culture.

While the Vandals weren’t wildly popular subjects for medieval myth and story, they’re not unknown.  Cervantes includes them briefly in Don Quixote, with the beautiful Casilda of Vandalia.

L’Astrée is a series of seventeenth century novels.  Honoré d’Urfé penned the first installments over a twenty-year period.  Balthasar Baro finished it after d’Urfé’s death, with Pierre Boitel also adding to the series.  Much of the story is set in the fifth century, in a romanticized version of Gaul, but Baro takes the action to Vandal Carthage.  The Vandals sacked Rome, after all.  Genseric and Trasimond appear as semi-historical characters.

L’Astrée was the most influential work of its time.  The story featuring Trasimond was adapted for the stage and performed in Paris in the early seventeenth century, and perhaps beyond.

The literary and theatrical uses of Trasimond must have kept him alive in France far longer than anywhere else in Europe.  He found favor with those who traveled to the New World, though he doesn’t seem to exist in modern France, and he’s equally unheard in the US after the nineteenth century.

But there he is in Census records from the 1800s, sometimes called Trezimond or Trasimand, paired with equally French surnames, and wives with names like Eulalie and Felicitie.  He might not be the kind of name 21st century parents embrace, but Trasimond has had a most astonishing run.