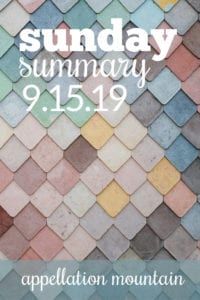 This summer, my daughter went to sleep-away camp for the first time. On the last day, during the Awards Ceremony, the camp director stumbled over which Ellie, exactly, had won which award. After getting it straightened out, she laughed and said, “We love all of our Ellies.”

Because even in a small camp, there were three.

It’s stuck with me all these weeks. I mean … I know there are lots of Ellies, obviously. My cousin’s daughter is a six year old just Ellie, no formal name. But other Ellies in our extended circle are Eleanor or Elizabeth or some other El- name. There are dozens!

Like so many things, this has its pros and cons. On the downside, your relatively unusual name choice – maybe Elspeth or Eloise – might get lost in the crowd if your daughter loves the familiar nickname. Or maybe that was your goal in the first place – something really unusual for her birth certificate, with more of a fits-in choice for everyday wear. Or then again, maybe you figured Ellie wasn’t really that common – it’s not Top Ten, or even 25, after all – and are frustrated that it’s actually everywhere, all the time. Popularity is tricky.

But it’s also changing. The Top 100 lists from the 1960s, 70s, and 80s might record a lot of girls named Michelle, Kimberly, and Heather. But they also reveal that most of the popular names felt distinct and different. Today? We have Sophia and Sofia; clusters like Lillian, Lily, Lila, Layla, and Leah; and Emma, Emily, Emilia, and Amelia … to name just a few.

Maybe that’s why I’m captivated by Nancy’s list of contrarian names. They’re not for everyone. I mean … could I really name a kid Wanda or Elbert in 2019? Probably not. But Betty and Rufus? I’m on board.

Just something to consider.

Actually, before I dismiss Wanda, will Disney+ reverse the name’s decline? The new streaming service launches in November, and there’s much talk of the Marvel Universe series. WandaVision features Wanda Maximoff, aka the Scarlet Witch, and Vision, an android of sorts. The couple’s story picks up after Avengers: Endgame and leads right into the next Doctor Strange movie, so I can imagine fans tuning in just to keep up with the wildly popular franchise. But will it lead to baby Wandas? Time will tell …

What do you name a sister for Clio and Melusine, especially after your sister-in-law has hijacked Saskia, your frontrunner choice? Turns out the answer is Isolda. Gorgeous, right? There’s more to the story. Read the whole thing here.

One mom’s tale of naming her daughters, revealed after writing about them using pseudonyms for a while. I’m intrigued that her daughters’ names are pretty common, but they also have a son with a not-in-the-Top 1000 kind of rank.

I didn’t realize all those German Kevins were named – at least initially – for a footballer. And more thoughts on the impact of professional athletes in a global game here. Found via Clare’s marvelous Scoop.it site, Name News.

Welcome to the world, Maximilian. There’s a new little Archduke in the royal family of Belgium. Prince Amedeo and Princess Elisabetta. Maximilian joins big sister Anna Astrid. Fun fact: Elisabetta is known as Lili. I’m fascinating by royal baby names because of the tremendous constraints their parents must face when making the decisions. And, of course, because it’s almost like someone picked up a candlestick-style phone straight out of the 1890s to make a call – so clearly a relic from another time, but perhaps still, at least in some senses, functional.

And while we’re talking about the past … I’m excited for the Downton Abbey movie, but I realized I don’t know the storylines from the last three seasons very well. Time to binge watch. And write a post while I do … because the show influenced plenty of parents, and the name are as gorgeous as the clothing and the sets.

That’s all for this week! As always, thank you for reading. And have a great week! 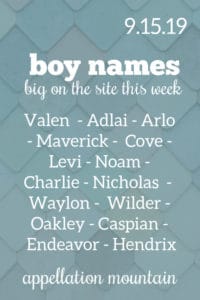 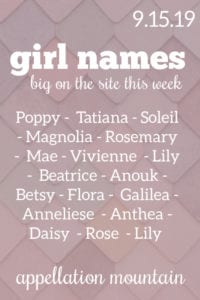