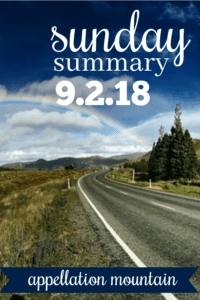 A random thought: our daughter – our younger child – has a bonus middle. It’s Wren, inspired by sister’s childhood nickname, Bird. Had we had another daughter, I was toying with using more avian appellations – Lark and Swan topped my list.

I’ve often mused about a bonus middle for our firstborn. He’s Alexander Arthur, two family names honoring his paternal grandfather, maternal great-grandfather, and dad – all in a mere six syllables. Though he wears it proudly, I’ve always wished the name had a little more spark. If I’d been thinking about it, I might’ve snuck in the bonus middle Frost. He’s a winter baby, born the night after the first real dusting of snow fell for the season.

Except now? That would make him Alexander A.F.

A.F. wasn’t a thing back in 2004. And maybe it won’t be a thing in 2024 or so. But for the moment? Well, my teenager thought it was terribly funny when we realized how his maybe-name could’ve played out.

Initials, they really can sabotage a great name! 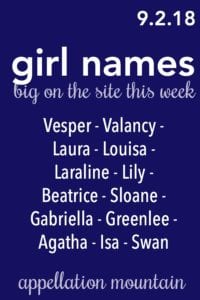 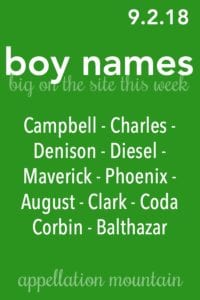