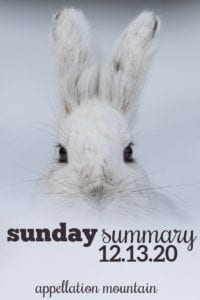 Selena came close in 1996, but her album wasn’t entirely in Spanish. “La Bamba” was a hit way back in 1959, teaching us all confetti bits of Spanish.

Also this month, the K-Pop stars BTS scored a #1 hit with “Life Goes On” … recorded in Korean. It followed Psy’s 2012 Korean-language “Gangam Style.”

Why should we think about any of this?

Language changes, and names change with it. It’s tempting to pin it down, to declare that these 500 or 3,000 names are The Only Names and they must use These Spellings Forevermore.

But as the linguist John MacWhorter says, “language is a parade.” It’s constantly evolving, taking names along with it.

And – back to Bad Bunny and BTS – as the words and sounds that we hear change, so will the names we choose for our children. Even if you don’t speak a word of Korean or Spanish.

My guess? All future #1 names in the US will also be popular with Spanish speakers. Not because so many parents deliberately seek out cultural crossovers – though many do – but because language is changing in a way that favors those names.

Consider this: of the current US Top Ten boy names, six appear in the Baby Center en Español Top 100 for boys. For girls, it’s also six – seven, if you count Sophia. (Though it’s Sofia that’s big on the Spanish-language site.)

I’m less certain about the impact of Korean language, if only because there are something like 538 million Spanish speakers, compared to 79 million Korean speakers. Then again, I’m not sure “La Bamba” changed much during the Eisenhower administration. Give it another few decades, and maybe the influence will be obvious.

Araminta Elspeth sounds like the heroine of a new period drama. I mean … just when you thought British Baby Names’ birth announcements couldn’t be any more charming.

Speaking of period dramas, I’m planning to watch Netflix’s Bridgerton. It feels like Gossip Girl meets Jane Austen, and it’s the first show from Shonda Rhimes’ blockbuster deal with Netflix. Since Downton Abbey put some new names on our radar, it’s very possible that Bridgerton could, too. Ones to watch: Daphne, Eloise, Hyacinth, Cressida, Portia, and … Prudence? Plus Simon and Benedict on the boys’ side.

I’m fascinated by the concept of “fridge names” – a list that you post in a central location to ponder. It comes up in this letter to Swistle. Did you try anything like this?

Love the name – and the story behind how they chose it! YouTuber RawBeautyKristi named her son Alder Kelly. The name is great, and that middle? It’s for Kristi’s mother. This is a naming trend of which I heartily approve.

Thanks to everyone who mentioned Taylor Swift’s latest, Evermore. I mean … her previous 2020 album revealed the latest Lively-Reynolds baby name, Betty! But now there’s an album with tracks titled “Dorothea,” “Marjorie,” “Willow,” and “Ivy.” And I can’t help but think that Evermore could be a daring, gorgeous, virtue/literary middle, too.

And if you can’t get enough name chatter, please subscribe to my Tuesday newsletter, which is filled with more lists and thoughts about all things naming.