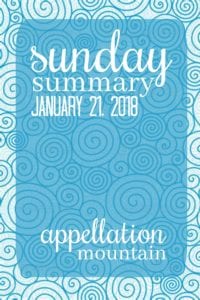 I was so very certain Kim and Kanye were going to announce their new daughter’s name was Love. Mostly because of the rumors that have been swirling for weeks, but also thanks to the Louis Vuitton image she shared on social right after her daughter’s birth. LV = Love, right?

Nope. They stunned us all when they announced their baby girl’s name is Chicago. She’s named for dad’s hometown, which prompted this wild conversation on Facebook: what would you be named if your parents had named you for their hometowns?

My dad is from Hazletown. So maybe I could’ve been … Hazel? Not so bad.

I’m musing on this question now: what do the Kardashians get right about naming? Because even though their choices aren’t always my style, I admire their ability to make choices rich with personal meaning.

That’s all for this weekend! As always, thank you for reading – and have a great week.