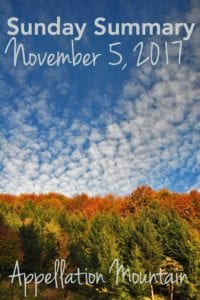 Here’s a fascinating suggestion: if you want to find a name your child won’t share with half her class, maybe you should choose from the very top of the list. While you’ll still hear about preschool classes with three Emmas or two Olivias, that’s the exception these days. (Unlike earlier generations, when Ashley or Jennifer or Linda or Mary seemed pretty thick on the ground.)

There’s only one Ava in my kids’ entire school, and no boys named Noah or Mason. There are a handful of girls named Sophia/Sofia, and a few Isabellas. Alexander repeats across the grades, as does William. But names that you would never expect to repeat do, too, like Bernadette and Benedict.

I think there are plenty of reasons to use a popular name. And one of those reasons is this: Even a #1 name is less popular than it was in previous generations:

In 1907, over 5% of boys were John and more than 5% of girls were Mary. In 1977, nearly 4% of boys were named Michael, and over 3.5% of girls were called Jennifer. Today, a mere 1% of all children born each year receive the most popular name, and the percentage will probably continue to drop.

Does that mean that the perfect name for your next baby is Liam or Mia? I’m not sure, but I do think it means you shouldn’t necessarily rule out a name just because it’s near the top of the charts.