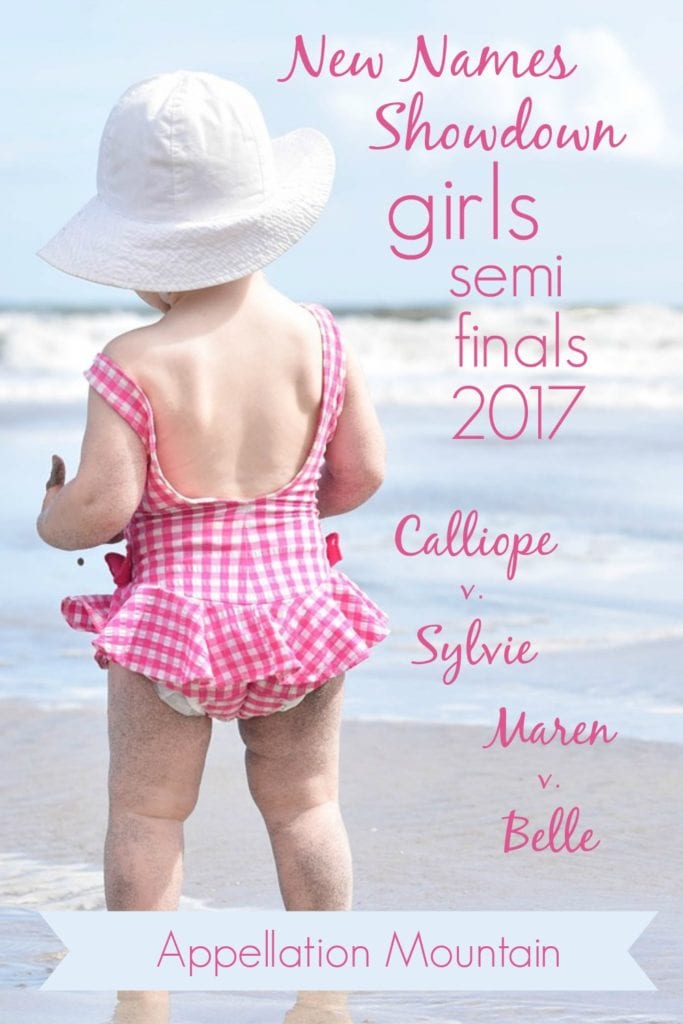 If you missed last week’s opening round, let’s recap. We’re trying to choose the name most likely to climb dramatically when the new numbers come out in May 2018. This is the girls’ contest; the boys’ semifinals will post tomorrow.

Last year’s winner, Arden, hasn’t quite lived up to the title. But on the boys’ side? Winning name Wilder has proven white hot.

I went through the list of all 45 girls’ names new to the US Top 1000 this year, and picked eight.

A few of the contests were close!

That means we have our contestants for the New Names Showdown 2017 Girls SemiFinals.

Maren carries multiple appealing meanings, and feels like a unisex name – while staying just on the right side of feminine. Beauty and the Beast made Belle famous, but this name feels less frilly than many a fictional princess name.

Call Calliope a successor to Penelope, a name buoyed by that stylish Greek -e ending. No wonder parents love it! Sylvie makes our list of Appellation Mountain favorites, a name routinely suggested as a substitute for Ivy, Ava, or Sophie.

Thanks for voting! Check back next Friday to see which of your favorite names won the New Names Showdown 2017 Girls SemiFinals!