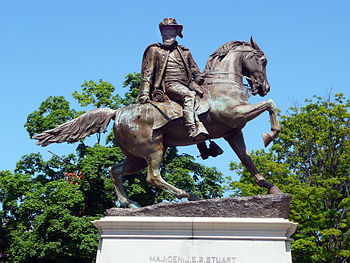 We know that single-syllable choices for boys are having a moment. How ’bout this one?

Mini name week continues, and our Baby Name of the Day is Jeb.

Did you assume that Jeb was short for Jebediah, an Old Testament name with some appropriately religions meaning?

Maybe that was just me.

From the second I heard Jebediah Springfield on The Simpsons, back in the pre-Wifi/smartphone days, I assumed it was borrowed from yet another Biblical patriarch.

Jedediah was a minor figure in the Good Book. The name means beloved of God, and it was given to one of King David’s sons.  It has a long history of sparing use, including a few figures from Colonial America and a character in Citizen Kane.

Jeb seems to predate Jebediah.  So where did he come from?

Other famous Jebs have had all sorts of given names:

Was Jeb something like Buddy, a nickname not necessarily connected to a child’s given name?  Maybe, but most of the men I’ve found shared the first initial J.

Other uses include a fictional character on Emmerdale, a minor Marvel comics figure, and the name of an alt rock band big in Australia.

All of the names got a boost in the 1970s.  It was a good moment for short names for boys – think of Scott, Todd, Craig, and Troy.  A handful of television figures answered to Jed/Jeb/Jebediah/Jedediah in the same era, from the patriarch on Beverly Hillbillies to the actor who played a forest ranger on Lassie.

All together, it makes Jeb an interesting mini-name option.  He’s got a certain hickster cool, and he’d be right at home with those surprisingly stylish Dukes of Hazzard names.  His associations give me pause, though – Jeb Stuart was a dashing figure and a skilled commander, but he was a Confederate general – maybe not the best namesake.

Then again, Stuart is far from the only notable bearer of the name.  I love the idea of combinations like Joseph Edward Brooks or James Evan Bailey answering to Jeb.  And he’d fit right in with Max and Cole and Jax.

So if keeping it short and sweet matters to you, Jeb might be a name to consider.