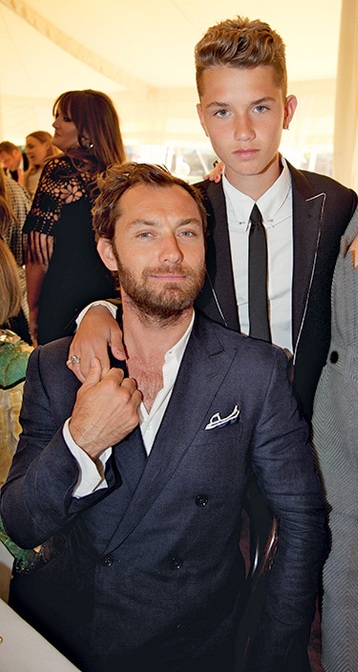 He’s an upbeat surname option with a certain amount of edge.

Thanks to Lemon and Emily for suggesting Rafferty as our Baby Name of the Day.

Three-syllable, ends-in-y surname options like Romilly, Delaney and Bellamy all have a fashionable feel for girls. But Rafferty’s sound is a smidge harsher, and seems more appropriate for a son. He’s less aggressive than Gunner and Slade, but his tough-guy vibe might appeal to parents considering choices like Wyatt and Gage.

Where does Rafferty get his street cred?

The first syllable – raff – brings to mind the word raffish. Jane Austen would tell you that raffish is another word for vulgar – think riffraff. “Raffish charm” means that something is a little rough around the edges, but all the more attractive for the lack of polish. That gritty undertone is what makes Rafferty lean masculine.

Most people will recognize Rafferty as an Irish heritage choice, the kind of surname that fits right in with Riley. Rafferty ultimately comes from Rabhartach, a given name referring to the rising tide, a symbol of prosperity and abundance.

Jude Law chose the name for his son in 1996, lending Rafferty some serious starbaby style. And yet only a handful of boys have been given the name in recent years.  What gives?

While Rafferty’s sound is cheerful and his meaning positive, that air of ne’er-do-well haunts him. The name has been chosen for characters who range from the hapless to the downright unsavory:

While names like Damien and Regan have been boosted by unlikely uses, Rafferty seems held back by pop culture – or at least not helped by it. And yet no single Rafferty is so dastardly as to render the name unwearable.