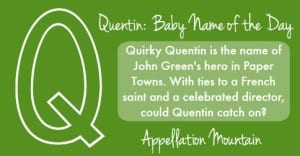 This post was originally published on March 3, 2010. It was substantially revised and reposted on July 27, 2015.

Novelist John Green is a great namer, and today’s choice could be another name boosted by his books.

Thanks to Emma for suggesting Quentin as our Baby Name of the Day.

The name comes from the Latin quintus – five.  Quintus, Quintius, and Quintinus may have started out as names for fifth-born sons in ancient Rome.

French form Quentin has been popular over the centuries, including recent years.

Quentin was a Roman citizen and Christian convert. After being arrested, he continued to preach the gospel and so annoyed his captors that they chopped off his head and tossed him in a swamp.

Fifty-plus years later, his body was recovered and a tomb and cathedral built. The town became known as Saint-Quentin. The saint was a major figure in medieval France.

Quentin came to England with the Normans, where Quinton – the queen’s manor – was already in use as a place name.

Sir Walter Scott gave the name to his hero in 1823 novel Quentin Durward. Durward was a brave Scottish archer who gets the girl he loves.

The name was rare in the US, until World War I:

Quirky Quentin has a soft sound, but the name’s image is less Sheldon and more Slade. That’s thanks to a director, a prison, and a few other notable uses:

Add in a few athletes and fictional characters, and the name has an undeniable ed 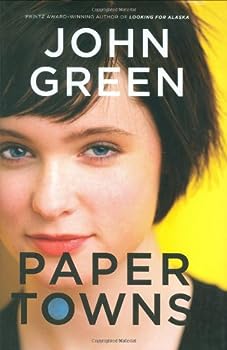 John Green’s novel Paper Towns was published in 2008. The story sends Quentin Jacobsen – called Q – on a quest to find his childhood friend Margo. He and Margo drifted apart, but reunite briefly before high school graduation, and Margo’s disappearance.

The Fault in Our Stars, another Green novel, became a hit in 2014. The names of Stars‘ main characters, Hazel and Augustus, also got a lift, with Hazel climbing 50 places and Augustus an impressive 144 spots.

Quentin: By the Numbers 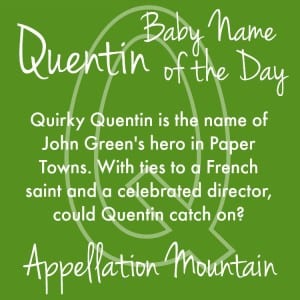 Similar names are fading, too:

The question is whether Green’s novel is enough to make parents reconsider a fading name, or whether Quentin will remain a literary, creative, and under-the-radar possibility for our sons.

Do you think this name will catch on? Would you consider Quentin for a son?