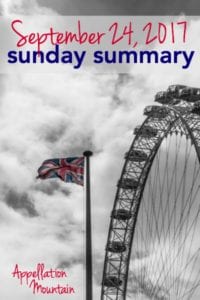 How’s this for #namespotting: a baby Roger!

Okay, I’m 99% certain that I overheard a mom calling her toddler son Roger. They were seated one row in front of us in church last week, and I think I heard it clearly, more than once. I’d love to ask – and we do see them around the neighborhood from time to time – but their kids are much younger than ours, so it might be the slightest bit awkward.

So instead I’ll just speculate online, which isn’t weird at all.

Anyway, (probably) hearing the name on an adorable, curly-haired little boy got me thinking. Roger came to England with Normans, and was well-used in aristocratic circles for a time. Rogers and Rodgers are surname forms; Dodge, Hodge, and Hodgkins, too. But then it fell out of favor – hard – only to return centuries later. It features in American history, and gives us plenty of pop culture figures – The Who’s Roger Daltrey; actor Roger Moore of 007 fame; baseball legend Roger Maris. It brings to mind pirates – the Jolly Roger has been the name for the flag flown over pirate ships since the 1700s.

If there weren’t so many grandpa Rogers around today, it’s easy to imagine Roger fitting in with boys called Carter and Hunter and Connor and Asher.

But the name is off-cycle at the moment. Just 407 boys were named Roger last year, down from a peak of around 13,000 in the middle of the twentieth century. And it did seem surprising to hear Roger used as a child’s name.

Still, I think there are tremendous strengths to off-cycle names. They’re instantly familiar, but seldom shared with classmates. A name like Roger will almost always be spelled correctly. There’s something to be said for that, right?