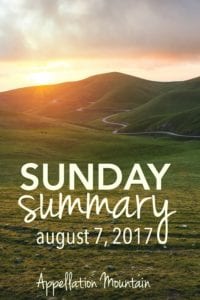 I took my twelve year old to see the new Spider-Man movie on Friday. There are so many good things about movies on the big screen: popcorn, for one. And previews! Every movie is marvelous in trailer form. Plus, it’s a reminder of all the movies I intend to see … eventually.

One that I may very well see on the big screen? Pitch Perfect 3. I know. It won’t be up for any Oscar nominations, but I get a kick out of the series. Plus, this trailer had a gift for name enthusiasts. The Barden Bellas, the a cappella group at the heart of the story, faces off against rivals who introduce themselves as Calamity, Serenity, Veracity, and Charity.

Now those are some modern word names. They’re fascinating to me because, well, I can tell you which one of those is a mainstream favorite and which is pretty much unheard of – even though they all sound equally outlandish at first.