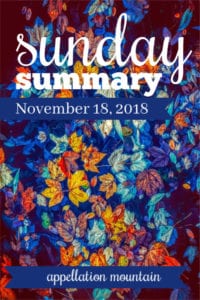 When it comes to pop culture, our memories our short. As an MTV-addicted seventh grader, I was stunned to discover that some of the musicians’ careers started back when my parents were still cool. Years later, my baby brother – he’s eleven years younger – had a similar reaction when he discovered that, say, Lenny Kravitz had been around for me to play on cassette tapes my senior year. (His adolescence started with CDs, and, of course, that all seems terribly quaint now.)

Don’t get me started on what it’s like to have a teenager. 1991 might as well be ancient history, and they’re baffled by the idea of a world without smartphones and the internet and Amazon Prime.

The world always changes. Way back circa 500 BC, the Greek philosopher Heraclitus said, “All things flow, nothing abides. You cannot step into the same river twice, for the waters are continually flowing on. Nothing is permanent except change.”

And yet, we often behave as if our perceptions of given names are fixed and rigid. In the 70s, Alice was a hard-working diner waitress and the sensible housekeeper to the Brady clan. (Back when six kids in one house made for a sitcom plot.) Arthur was much better known as the Fonz, the leather-jacket clad, motorcycle-riding cool guy living above the Cunnighams’ garage in the Milwaukee ‘burbs.

But time marches on, and neither of those names are defined by their pop culture characters. I’d wager that my kids don’t recognize them at all.

Despite this, I’ve heard parents – or grandparents – reject names because of similar associations.

So what’s the statute of limitations on a pop culture reference?

I’d love to hear your thoughts as I mull this over. 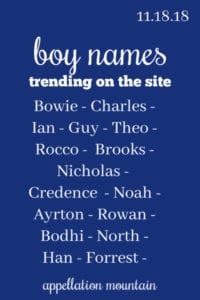 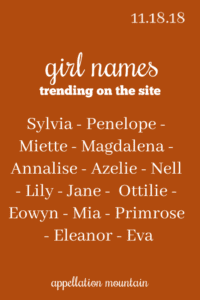