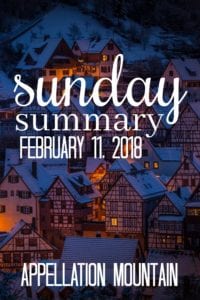 A reader question sent me looking for information on how creative agencies think about naming businesses and products. I’m still reading – and thinking – about the topic. But that quote leapt out at me. So simple, and so true. (If you’d like to read more from the fabulously named River and Wolf, the agency’s website is here.)