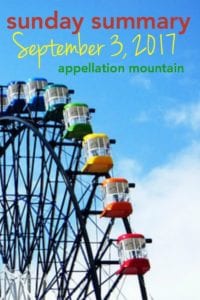 I’m not suggesting that reality television alum Spencer Pratt makes a great role model. But I’m intrigued by his assertion that he and his wife, fellow Hills alum Heidi Montag, ruled out any baby name already taken on social media.

My first thought: how shallow!

My second thought: except that maybe it makes sense. Beyonce and Jay-Z reportedly trademark their children’s names in an attempt to keep others from profiting off their children’s identities. Montag and Pratt rank many levels down in the celebri-sphere, but I can imagine it remains a concern.

Plenty of parents tell me that they reject a name because the Google results bother them. Sometimes they discover an unsavory bearer of the name; other times, they just plain dislike how many people already answer to it. Social media handles fall into the same basic category, right? And we know that more and more families feel the pressure to avoid duplicating names.

On the other hand, a dozen years ago a new dad explained his daughter’s very buttoned-down name to me this way: if she decides to be a pop star, she can choose her own stage name then.

That’s the thing about social media: it’s crowded, with lots of us reserving the same names. There’s no promise social media will function the same way in another twenty years. (After all, Facebook was founded in 2004; Instagram in 2010.)

If you can find a great handle now, maybe there’s no harm in snagging it for your new arrival. But there’s every chance that your child will pursue a different identity in the future. (He’ll dislike his unusual first and prefer his traditional middle, or his vocation – as chef or DJ or neurosurgeon – will alter the name that follows his @.)