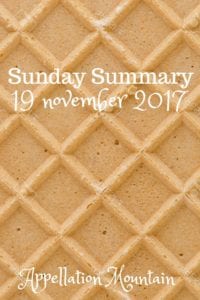 For ages, my children have asked for a pet. My son once pleaded, “Can’t we please get a dog? Or, if not a dog, at least a cat?” My daughter talks about when, not if. But alas, we live in a townhouse without a yard. It’s possible, of course, but it seems like more complexity than we can handle.

But then our kids started talking about small pets, and it seemed doable.

And then our son suggested a name.

Not something we’d choose for a child, obviously. In fact, not something that I would have ever dreamed up myself. But both kids’ faces lit up when they said it, and somehow, it felt exactly right.

It will be a while before we add Waffle the guinea pig/gerbil/hamster – maybe a chinchilla? – to our family. But having The Name almost certainly chosen makes this feel so much more real. And inevitable.

If you’re expecting a child, you might have the same experience. There’s a moment when it’s not a baby, but it’s Tessa or Liam or Achilles or Wren. And that’s more real, even if the baby is weeks – or even years – away from joining your family.

Enough about how naming beasts can be a lot like naming babies. Let’s talk about: