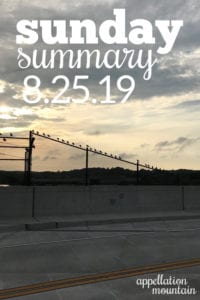 When it comes to languages, I’m a serial dabbler. In no particular order, I’ve listened to a teach-yourself course or taken a class in Spanish, Russian, French, Polish, Finnish, and Papiamento. Reading comes easily; speaking feels like scaling Everest.

But lately there’s a new language I’m exploring, much to the amusement of my teenage son.

I like a handful of hip hop artists. If I had to make a playlist, it would be Lupe Fiasco’s “The Show Goes On” and Wiz Khalifa’s “I’ll Roll Up.” Kendrick Lamar. Childish Gambino. Even when my kid isn’t around, I’ll play them.

But here’s the thing: I haven’t got a clue what the lyrics mean. And so I ask my son: what’s stunt? Front? Is “roll up” a drug reference? Please tell me that doesn’t mean what I think it means. Can I “pop out” at the school parent association meeting?

Yeah. He laughs a lot. And tells me to just never say that again, Mom.

Except I have to, because I can’t like it if I don’t understand it, at least a little. I’m a foreigner, maybe even a trespasser. But since I can’t dictate what my kids like, I’ll stick with my vocabulary lessons in a not-quite-new tongue.

While I’m not torturing my teenager by telling him I used to be fly, this occurs to me: if you grew up in this not-quite foreign language, odds are you’re not naming your children Liam and Charlotte.

Or then again, maybe I’m stereotyping. Because when I tried to remember the hip hop song about Caroline? There are two from the last few years.

But like any dialect, hip hop at least opens the door to new names. Musicians name their children Kulture and King Cairo and Adonis. They’re not always novel choices, but they do feel consistent with their parents’ artistry.

Language changes. Words and phrases evolve, and names go along. We’re part of the flow.

Max started out as a nickname, but now it’s more popular than most longer forms. The only exception in the US? Maxwell. In England, Max is far and away the most common choice. More from Elea at British Baby Names here, and here’s my list of longer Max names. Do you prefer it as a stand-alone? Or does it seem best when it’s short for something more elaborate?

What’s like Lillie … but not Lillie? This adoption story led a new mom to consider names that would allow Lillie to remain her new child’s nickname. Duana has some great suggestions. I’m cheering for Liliosa, though I agree – the sky’s the limit!

Whoa! The ren sound is in a lot of great names. Tulip by Any Name has the list. My favorites? It’s tough, but I’ll go with Evren and Maren and Wren and … yeah. So many possibilities …

Everything about this is fascinating. And sometimes troubling.

A list of reasons why people changed their given names as adults. The takeaway? For every person who wants to legally become Dolly, another would rather be Catherine. As parents and namers, we do our best, and then accept that our children will grow into their names … or not.

Can you think of some truly unisex modern names? Nancy invites readers to take a stab here. The comments are great, but I’m surprised at how many read “boy” or “girl” to me. (Though I really wouldn’t be fussed if a name I thought leaned girl turned up on a boy. Or vice versa.) Just that very few names seem completely blank slate, I guess. OH – wait! I’ve got one. Kulture. Could be anything, even though I know it’s the name Cardi B. and Offset gave to their daughter. 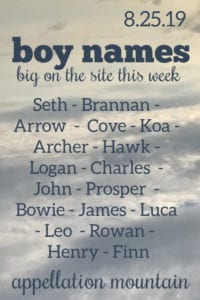 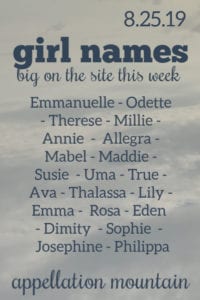