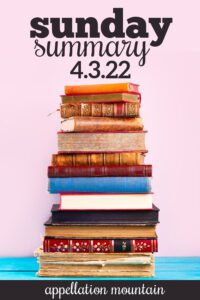 Spring is here! The days are longer, and – most days, at least – there’s more sun, too.

It has me thinking about names that mean light.

But then again, those names feel right in winter, with candles and fireplaces. And they’ll speak to me in the heat of summer, with the longest, warmest days. When the calendar turns to fall, light remains an appropriate meaning – for the gorgeous, golden fading light, of course.

It helps that light is broadly positive, signalling all sorts of virtues, from truthfulness to new beginnings.

That got me thinking: are there other meaning that feel so universally appealing?

Love comes up in February, but it seems like a meaning likely to resonate in any season.

We know that a good meaning can cement parents’ choice. Some very specific meanings might work for some families. But many of us will most appreciate a name that is broadly optimistic, or maybe clearly tied to another enduring and universal virtue.

Did you choose your child’s name for the meaning?

Will House of the Dragon influence baby names? The Game of Thrones prequel is set to debut on HBOMax in August of this year. Beyond Khaleesi, parents embraced Arya and Lyanna from the original series, and Yara’s success is partially about the show, too. While it’s too soon to know how House of the Dragon will fare, I’m intrigued by a few of the names: Alicent (g), Criston (b), and Otto (b), to name just a few.

This list of European baby boy names feels a little like Game of Thrones meets Vikings … in the best possible way. To an American ear, Vasco and Ruslan and Cajetan and Zoltan and Baltasar and Willem are fresh and different. Guessing European readers’ reactions will vary. And maybe that’s the challenge. Unless you or your partner was born elsewhere, it’s tough to hit the accessible-but-rare note. I think many of these qualify, especially if they come with a fits-in English-language nickname. (Nicolo called Nic, for example.)

While we’re in Europe, Nancy shares the most popular names in Paris. Two leaped out at me, both from the girls’ list. Jeanne is hopelessly out of favor in the US, but it’s a Top Ten pick there. And Alma! An effortlessly international choice, a little old-fashioned, with meaning and style to spare.

Namerology looks at Murphy and Ripley to illustrate an important point. In order for parents to consider a name, they have to hear it. But they have to fit the style of the moment, too. Sometimes a character can keep a name alive as a potential favorite for decades before parents are ready.

I don’t know much about Listophile, but some of the charts are intriguing. The site breaks down the fastest rising names in all sorts of categories. The headlines aren’t new – any name fan knows that Oak- names and place names and such are trending and lots of kids get surnames-as-firsts. But it’s interesting to see that Creed is the eighth fastest-rising virtue name for boys since 2010, or that Jaxtyn is the fastest-rising boy name containing X over the same time period.

Can’t get enough name talk? Sign up for Tuesday’s newsletter.