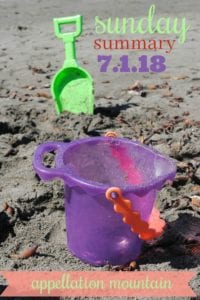 I walk pretty much every morning of my life, and over the years, I’ve gotten friendly with others in the neighborhood who do the same. This morning, I ran into Susie. She’s upbeat and energetic, and I’m always happy to cross her path.

She’s off to a baby shower later today, and can’t wait to find out the baby’s name. We chatted for a few minutes, and then headed off in separate directions. As we parted ways, she called out, “What about Priscilla?”

I promise that I hadn’t thought about Priscilla much at all until that moment, but you know what? I kind of love it.

That got me thinking: it’s tough to separate the name from the circumstances in which you hear it. The sun was shining, and the morning was new. Susie’s enthusiasm for life is irresistible. I suspect that any name she’d have called out on the trail might have appealed to me.

Likewise, if you’re thinking about names when you’re in some rather dreary circumstance, it can go the exact opposite way, can’t it? The dental hygienist at your emergency root canal will probably not inspire you to name a future child Noemi, no matter how gorgeous the name. And if you’re in a too-long line waiting to, say, renew your driver’s license, you might notice that the civil servant who finally takes your picture has an appealing name. But will you call your kiddo Paxton after him? Probably not.

Could that be why names from movies and television series and songs are so influential? Even if the character is a villain, or the song is tragic, we’re in the right kind of mood when we hear them. We’re slightly removed from everyday life, even if it’s just binge-watching Netflix after the kids are asleep. And so we’re in the right frame of mind to fall for a name.