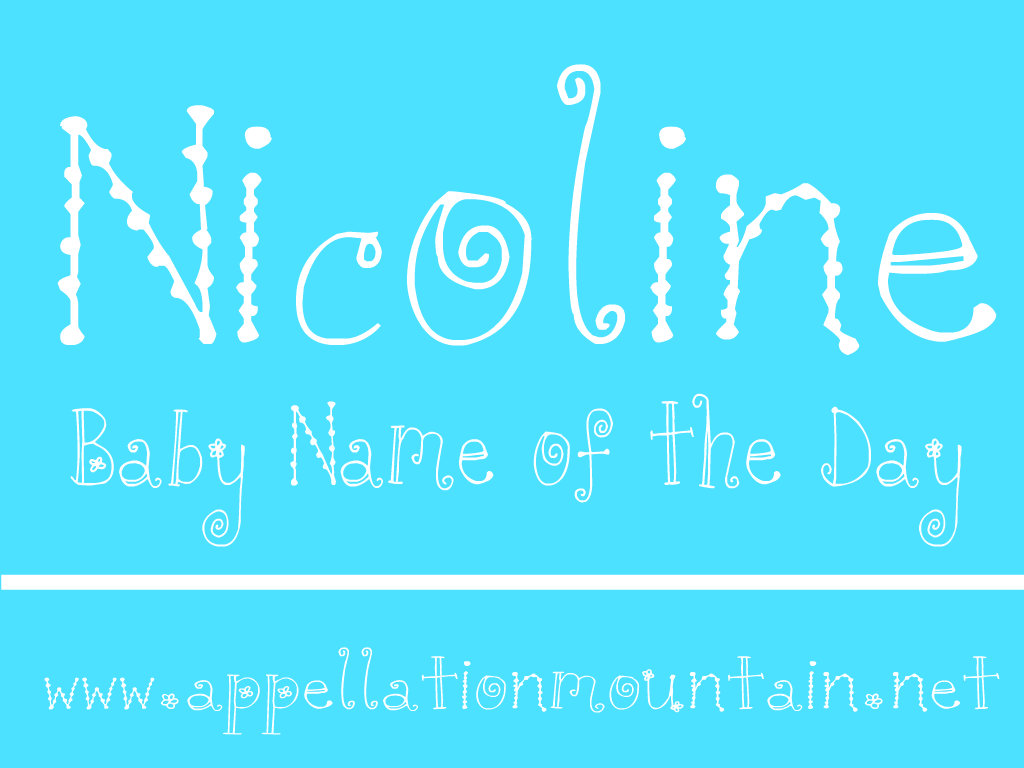 Looking for a fresh spin on Nicole?

Thanks to Sarah for suggesting Nicoline as our Baby Name of the Day.

Nicholas is a classic pick for boys, and Nicole was a Top Ten staple in the 1980s.  That puts Nicole squarely into mom name territory today.  But let’s say you’re after a way to honor one of the many people named Nick or Nikki.   Possibilities abound.

Nicoline sounds like a nouveau invention, a combination of Nicole and the popular -ine ending.

It’s true that this is a feminine form and elaboration of Nicholas, but she has a longer history of use that you might imagine.

Nicoline appears in the the Netherlands, Sweden, Norway, and Denmark.

She’s very rare, but not unknown, in France, where Nicole was a hit in the 1940s.  (Another diminutive form, Nicolette, appears to have been slightly more popular.)  Of course, it’s difficult to say how many of those Nicoles could have answered to Nicoline as an affectionate short form – probably a few, possibly more.

You might also stumble across Nikoline, Nicholine, Nicolina, or Nikolina.

She may have been used as an affectionate form as early as the Middle Ages, but the first definite use of the name is in early eighteenth century Denmark.  Nicoline remains reasonably common in Denmark today.

Add it up, and Nicoline is a rarity with a familiar feel.

On the downside, she sounds an awful lot like nicotine: nih ko LEEN.  And yet there’s the possibility that she’ll hear her name pronounced nik oh LYN or nih ko LINE, just parents of girls named Caroline and Emmeline report.

But if you’re after a name to honor a Nicholas or Nicole, something with a European feel, something just a little bit different, then Nicoline hits all of those marks.