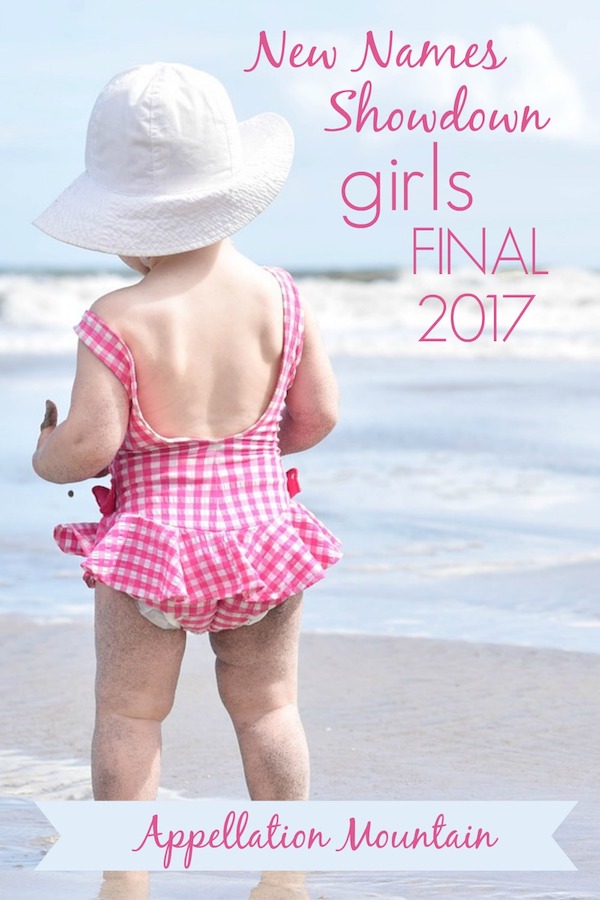 If you missed last week’s semifinals, let’s rewind. We’re trying to choose The Name most likely to climb dramatically when the new baby name data comes out in May 2018. This is the girls’ contest; the boys’ final starts tomorrow.

Last year’s winner, Arden, has started slow this year. But on the boys’ side? Winning name Wilder has proven white hot.

Where did the competing names come from, you ask?

I went through the list of all 45 girls’ names new to the US Top 1000 this year, and picked eight. You voted those eight down to four, and now, here we are, with the final face-off between your two favorites!

And just like that, we have our contestants for the New Names Showdown 2017 Girls Final.

The toughest part of this match? I can imagine Maren and Sylvie on the same parents’ shortlists. Or maybe even as sisters.

Now it’s up to you – because there’s no possible way I can choose between these two names!

Thanks for voting! Check back next Saturday to see which of your favorite names won the New Names Showdown 2017 Girls Final!