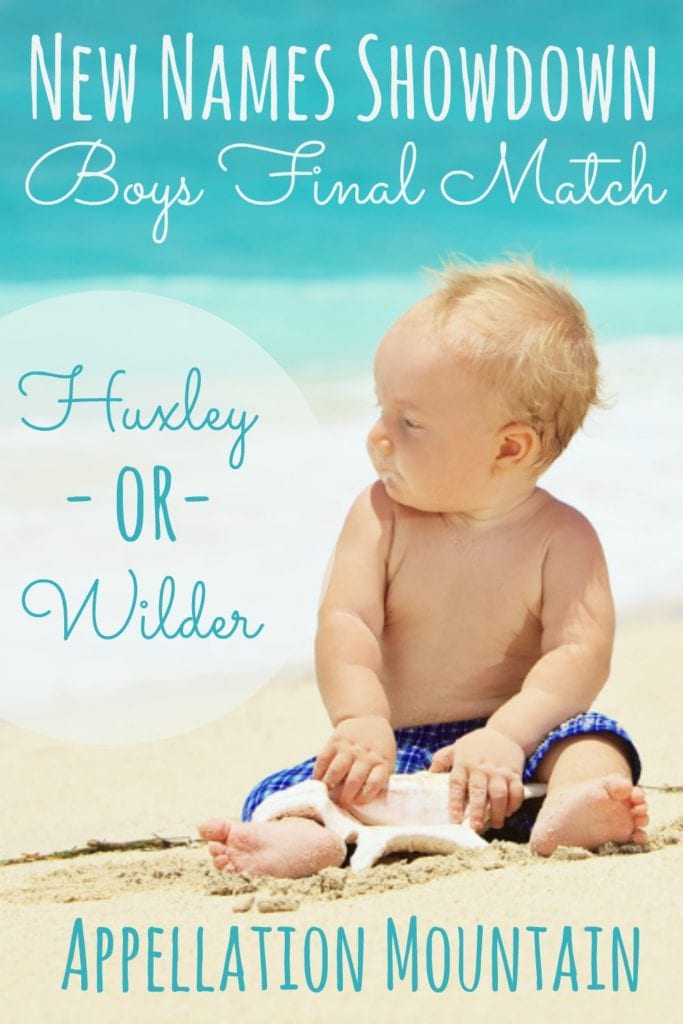 If you’ve been playing along, you’ll know our goal is simple – and incredibly difficult, too! We started with eight boy names that returned to debuted in the US Top 1000 in this year’s data set.

We started out with eight names: Canaan, Briar, Ridge, Achilles, Huxley, Boone, Wilder, and Cairo. The goal: to narrow those eight down to one name that will catch on in a big way in 2017 and beyond.

I think any of those eight could climb in the coming year. They’re all on trend, with plenty of reasons that parents might continue to choose them in greater and greater numbers.

But your votes have narrowed down the pool of eight to just two names.

Here’s the outcome of the SemiFinals round:

That makes for a tough final round! Which of our finalist names will rise dramatically in the rankings next year? The data won’t be released until May 2017, but you have just one week to vote.

Which name seems more likely to soar in 2017? Please vote in the New Names Showdown 2016 Boys Final, and check back next week to see the winners!