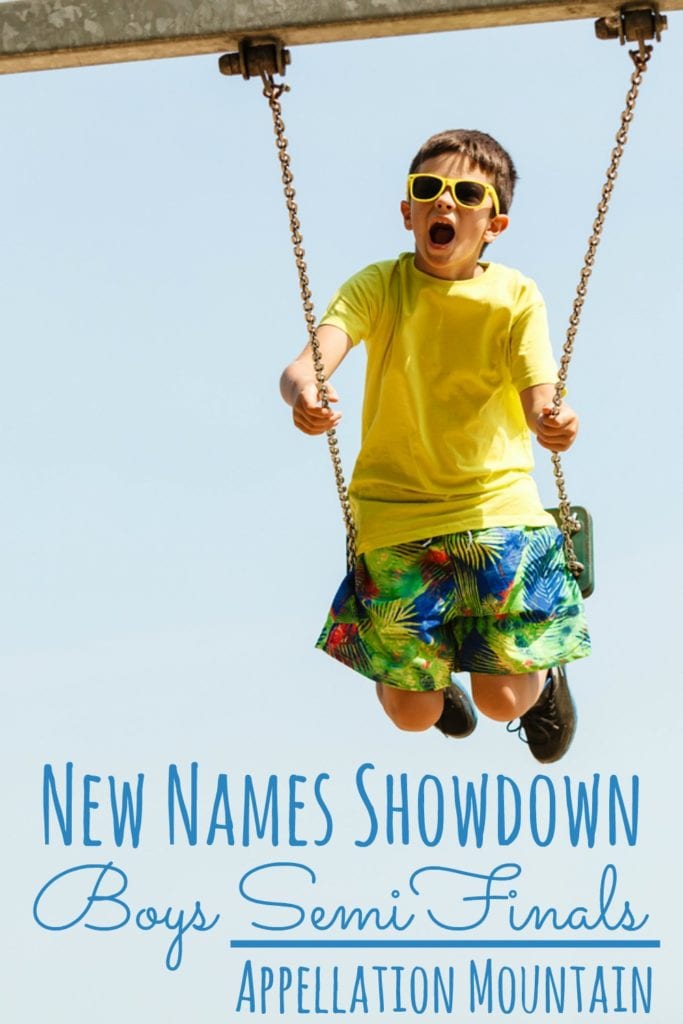 It’s the inaugural year for this contest. Our goal: to take a good, long look at the names returning or debuting to the US Top 1000 in the new data set, and guess which ones are The Next Big Thing.

That’s tough to do, of course. Plenty of names hug the edges of the Top 1000 for years. And even names that rise don’t always become the next Mason or Liam.

But I have tremendous faith in Appellation Mountain readers and your powers of prognostication!

Last week’s round opened with eight names. Let’s look at the outcomes of the contests:

That means we bid farewell to Cairo, Achilles, Briar, and Boone! The other four names continue on in the new names showdown 2016 boys semifinals. Please vote!

Oprah put the meaning-rich Canaan on parent’s minds. Do you think the name will fare better than outdoorsy surname name Wilder?

A surname with literary and scientific overtones, plus that cooler-than-cool letter x, Huxley has a lot to offer. But can it beat out rugged, outdoorsy Ridge?

Which name do you think will win it all? Are we on the right track to find a new hit name? Or do you think the best name has already been knocked out of the contest?