What are the most popular baby names in the US?

The US Social Security Administration has just released the 2015 data. Let’s start with the most popular names for girls and boys. More analysis coming later today! 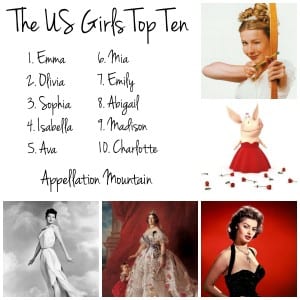 The most popular baby names for girls in the US are: 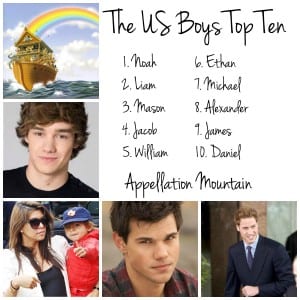 Exiting the Boys Top Ten: Jayden, replaced by James. I think that should make some readers very happy!

If you had to use a Top Ten name, what would you use? I’d go with Alexander for a boy. (Oh, wait, I already did!) For a girl, I think Sophia would still win, because it’s a family name for us – even though it’s so very popular. How about you? Or would you automatically drop a name if it made the Top Ten?