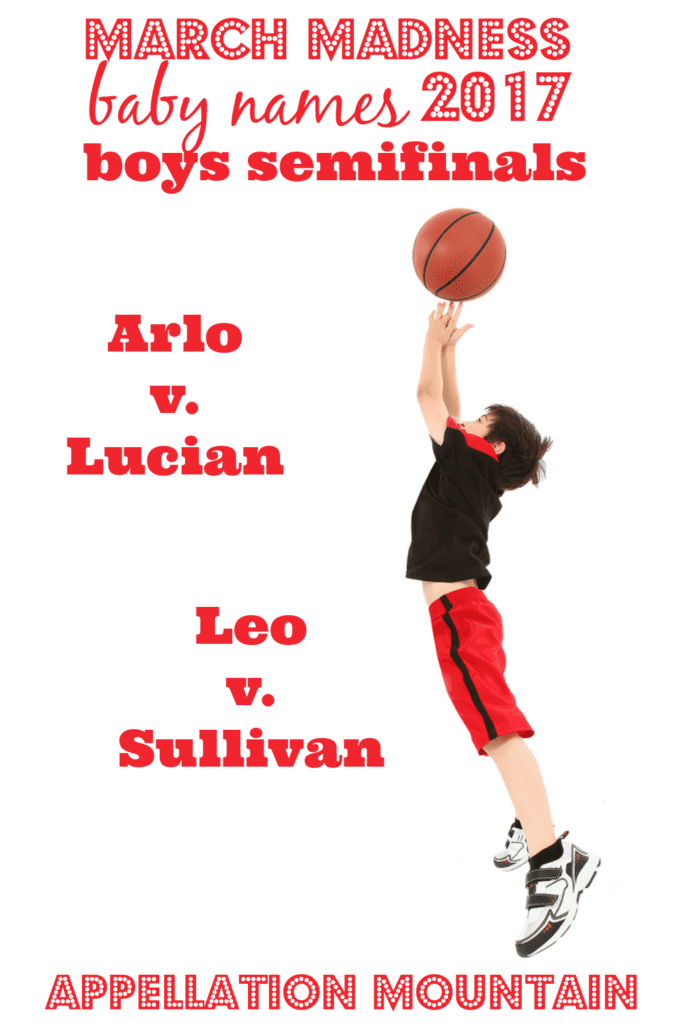 The quartet competing this round exemplify the best of the new boy names. Two of them end in ‘o’, one is a longer surname name without an obvious short form, and one is a traditional, European-style name related to more than one current favorite.

Here’s how the quarter finals ended up:

That leaves us with four names that all seem equally likely to take home the trophy. Notably, top seeded Arlo remains in the competition – making it very different that the girls’ round, where the top two names were quickly knocked out.

What will happen next? Will the two ends-in-o boy names advance to the final? Is Lucian destined to be the next Luca? Or will Sullivan join Liam near the top of the charts?

Your vote determines one thing: which names advance to next week’s final match!

Regal Leo is up against Irish Sullivan

Voting remains open until Thursday, March 23rd. The finals will use posted on Saturday, March 25th. I’ll announce the winners the first Saturday in April.

Is your favorite still in the hunt? Or are you torn between two names you love equally?