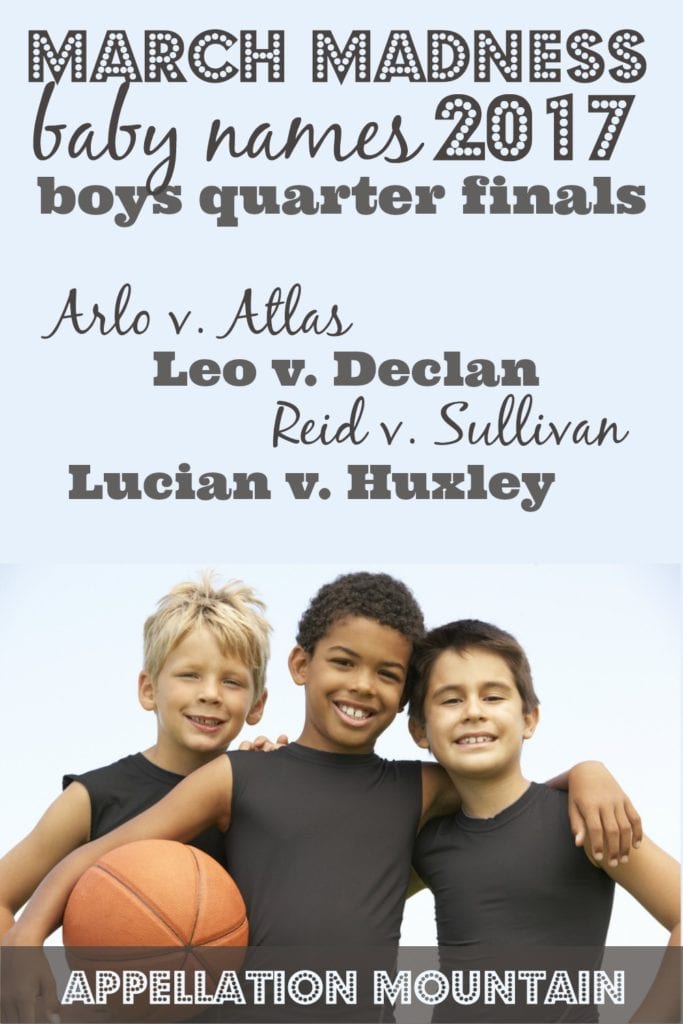 Wow! The March Madness 2017 Boys Opening Round had one matches that was decided by just a few votes, and two more that weren’t far behind. We didn’t see anything like that in the Girls Opening Round, so my jaw dropped when I realized how close the contests came!

Still, there weren’t any big upsets – just lots of nail-biting finishes. The contests ended up this way:

As in real basketball, the seeds and match-ups matter. It’s crazy that rising favorite Wilder is out so early in the competition, and I’m hearing lots of love for Torin, lately, too. But they just couldn’t get past an even more appealing name in the opening round.

What will happen next? It’s tough to guess after such close matches.

Regardless, it’s time to move on to the Quarter Finals. Please vote!

The battle of the A names: Arlo v. Atlas

Thanks for voting! Do you have any guesses about which names might win big this year? I have a few thoughts, but we’ll have to wait and see what happens over the rest of the month. After all, I can see Arlo or Atlas winning the entire tournament – except they’re facing each other in the Quarter Finals, so by next week, one of them will be gone!